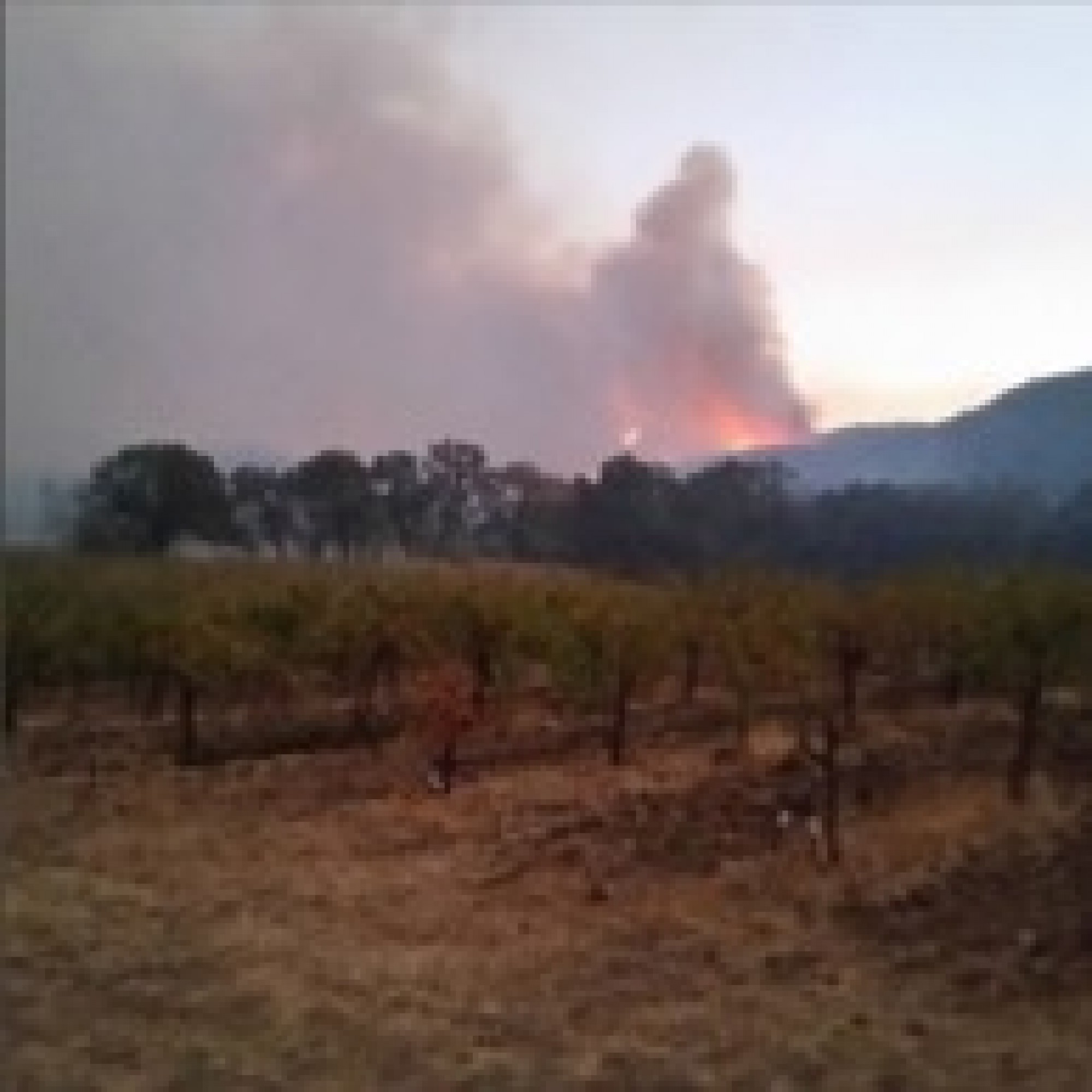 Photos by:
Will Bucklin via IG

As you probably know, there have been unstoppable wildfires ravaging Napa and Sonoma counties. While the destruction continues, I feel inclined to touch upon the perseverance and positivity of our friends and partners in California.

On the eastern foothills of the Mayacamas mountain range, Will Bucklin and his nephew trespassed onto his own estate, which along with much of the North Coast has been evacuated due to major safety concerns, in order to siphon water to protect what he could (electricity is non-existent for the time being). As of his most recent update, the vineyard is intact, though they lost some buildings.

Many of our other growers and producers have been in contact and helped to shape our perspective on the situation, including Jason Drew in Mendocino, former Bowler employee and friend Lindsay Engel in St. Helena, Lisa Togni on Spring Mountain, and Alex Davis of Porter Creek in the Russian River Valley, all of whom have reported safety on themselves and their vineyards.

Others have not been as fortunate. White Rock Vineyards, nestled southern foothills of the Stag's Leap Range in the southeast corner of Napa, has been devastated by the loss of their winery. The estate, which was first established in 1870, was purchased by the Vandendriessche family in the 1970's and has been "stewarding" wines from an outcropping of white volcanic ash soils adjacent to the winery ever since.

What makes me particularly thoughtful on the plight of White Rock is the earnestness of both the wines and the people making them. Chris Vandendriessche came to a recent sales meeting and gave us an incredible presentation on his wines. While I have been a fan of Chris' wines for years, his visit reminded me of why I fell in love with them in the first place: the wines have soul. They speak of place and reflect the individual personalities of the small handful of people that make them.

I don't exactly know the extent of the overall damage at White Rock, and thoughts and prayers are basically meaningless, but I write this with a heavy heart. While it's an honor and a privilege to represent some of the world's greatest, most honest wines in this small corner of New York State, I also can't help but feel affected by the devastation.

While the loss of a winery or two is a blip on the radar for many of us, I think it's important to recognize that this sort of thing means a whole lot more to some people. Earlier this year, Chris Vandendriessche sent each Bowler Sales Representative a care package that included a bottle of their Claret, which I will eventually drink with profound appreciation, and a small white rock, which will remain on my desk for years to come, as a reminder of both the highs and lows that come along with history, relationships, and family.