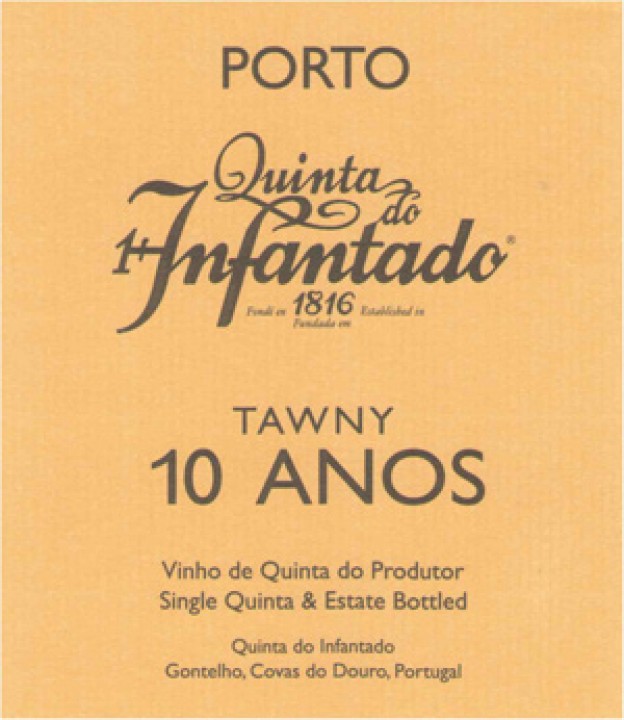 Old-vine field blend of over twenty varieties. From exclusively Class A parcels (Serra di Cima and Serra Douro) totaling six hectares on poor schist soils. The fruit is hand-harvested, partly destemmed and fermented exclusively in lagar; fermentation is stopped with seventy-seven-degree wine brandy. The wine is aged for eight to fifteen years in very old pipas. A pipa or 'pipe" in English is the traditional 550-liter wooden cask used for aging, as well as measuring quantities of, port; it is ideal for tawnies, as oxidation is promoted by its horizontal orientation, smaller capacity and thinner staves (versus the thicker ones of the huge wooden tank called a tonel or balseiro used for ruby and vintage ports). The 10-Year finishes at a reasonable twenty percent alcohol and eighty-five grams per liter of residual sugar. Only 4000 to 6000 numbered bottles are produced annually.