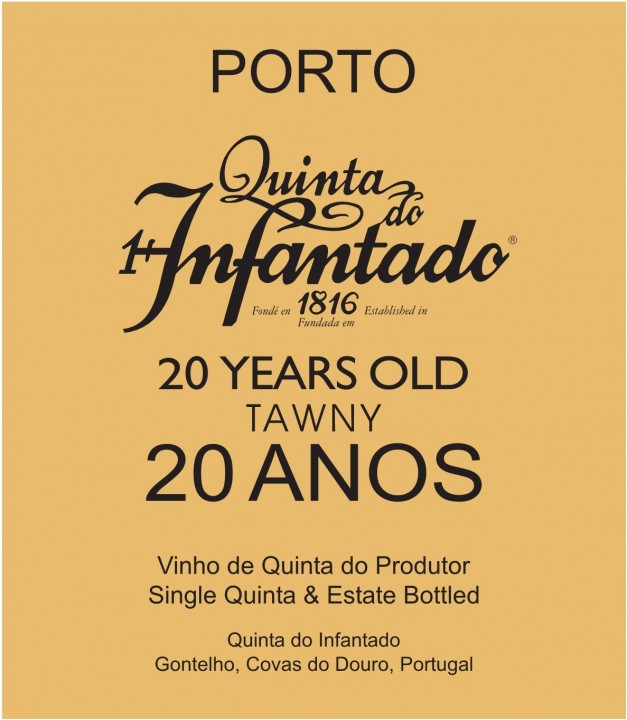 Old-vine field blend of over twenty varieties. From exclusively Class A parcels (Serra de Baixo, Serra de Cotas and Vale de Moinhos) totaling 6 hectares on poor schist soils. The fruit is hand-harvested, partly destemmed and fermented exclusively in lagar; fermentation is stopped with seventy-seven-degree organic wine brandy. The wine is aged for ten to thirty years in very old pipas. A pipa or 'pipe" in English is the traditional 550-liter wooden cask used for aging, as well as measuring quantities of, port; it is ideal for tawnies, as oxidation is promoted by its horizontal orientation, smaller capacity and thinner staves (versus the thicker ones of the huge wooden tank called a tonel or balseiro used for ruby and vintage ports). Finishes at a reasonable twenty percent alcohol—slightly higher vs most other Infantado ports due to three percent evaporation yearly—and 107 grams per liter of residual sugar. Only 500 to 700 bottles numbered bottles are produced annually.