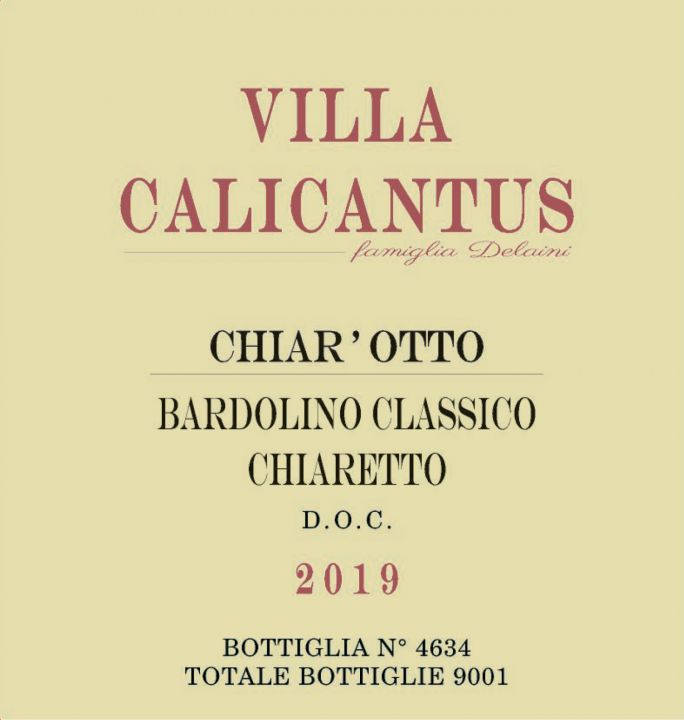 A co-harvest of Corvina, Rondinella, Molinara, and a little Sangiovese from a west-facing site planted in pergola in 1965.  This is a fairly fertile plot, less calcareous than the vineyards that make the red Bardolino Classico wines at his home vineyard. The must macerates one night on its skins in a concrete vat before being racked off the skins into barrel, the vast majority of which are used.  It ferments and ages in these barrels until late Spring/early Summer, before being bottle-aged for several months before release. 9,001 bottles made.

As Daniele never submits tank samples to the Bardolino tasting panel, he has no chance to “correct” the wines if they are not granted the appellation, nor would he anyway. In some vintages, this wine is deemed too "atypical" to be given the Bardolino Chiaretto status, so he simply calls Vino Rosato Chiar’otto (Chiara is his wife and the 8 refers to the date of his daughter’s birth). For the 2019 vintage, he was given appelletion status.