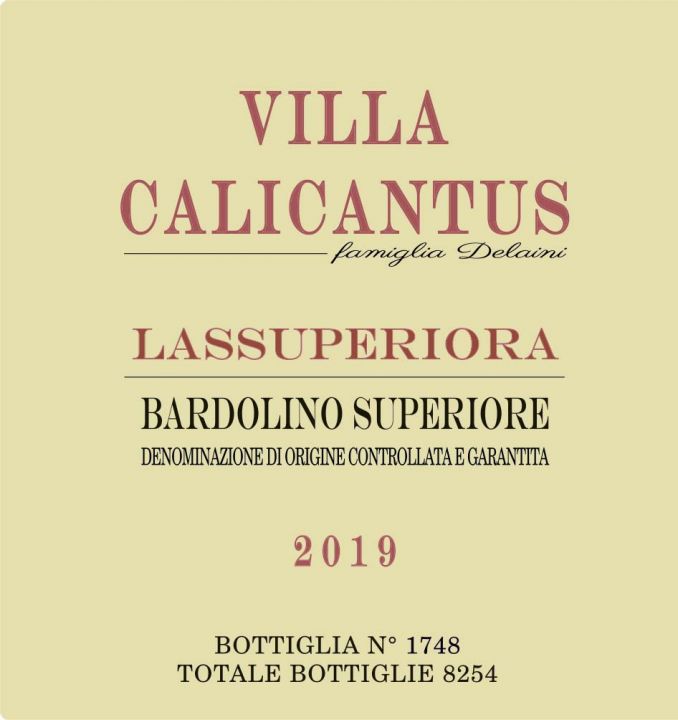 A co-harvest of Corvina, Rondinella, Molinara, and Sangiovese.  This is the first year Lassuperiora (formerly known as La Superiora) comes from a vineyard Daniele recently began rented and fully controlling.  The site is in the zone known as Pastrengo. It's essentially the highest hill in the Bardolino zone, at around 200m. It is just west of the Adige river, which separates Bardolino from Valpolicella  The vines were planted in 2008 in guyot. Daniele feels that this vineyard produces more “serious,” structured wines capable of long élèvage and potential for aging. He’s not looking for extraction here, but more infusion/subtraction.  The wine macerates one month on its skins in concrete vats before being racked to barrels where it ages for 6 months. Aged an additional 1 year in bottle before release. 8,254 bottles made.