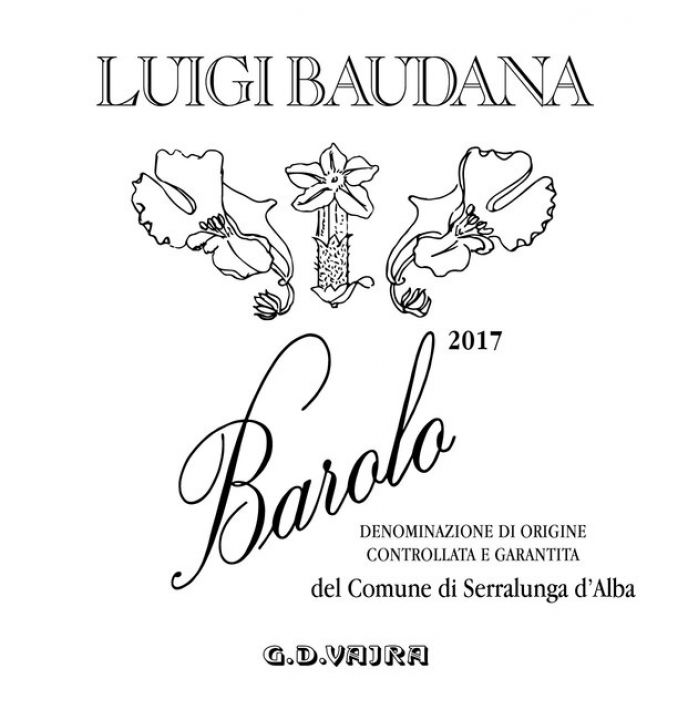 In the history of Barolo, before the prevalence of single-cru bottlings, it was more common to blend fruit from sites of differing exposure, altitude, and soil type in order to obtain a more expressive and balanced wine.  Baudana's Barolo Serralunga combines fruit from the younger vines (planted 1990) of the Cerretta and Baudana crus and, more recently, adds fruit from a small parcel in the cru of Costabella, just next to Baudana. Cerretta (SE exposure) has the typical Serralunga soils called Formazione di Lequio over a substrate of iron-rich clay.  Baudana (SW exposure) combines some Lequio with the Sant'Agata Fossili soils more commonly found in La Morra and Barolo.  Costabella (S-SE exposure) is more purely composed of the Sant'Agata soils.

Depending on the vintage, parts of the three crus will be co-fermented. Fermentation is spontaneous in open-top wood vats, with macerations lasting 20-25 days. Aging is in Slavonian oak botti, followed by more aging in bottle.  Around 8,000 bottles produced.