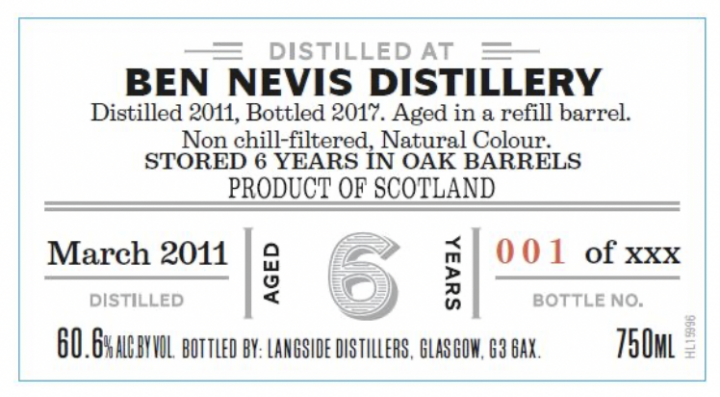 Ben Nevis sits just at the base of its namesake, Scotland’s highest mountain. A coastal distillery in the Western Highlands, Ben Nevis draws its water from the Allt a’Mhuilinn which originates from two pools, Coire Leis and Coire na’Ciste, which are both sited a good way up the mountain. A second distillery was sited nearby in 1878 and named Nevis Distillery. In a bid to keep up with growing demand, both distilleries eventually became one in the early twentieth century. The distillery joined the ranks of those experimenting with continuous distillation, installing a Coffey still in 1955. The famed Japanese company Nikka acquired the distillery in 1989 and subsequently the quality was markedly improved.