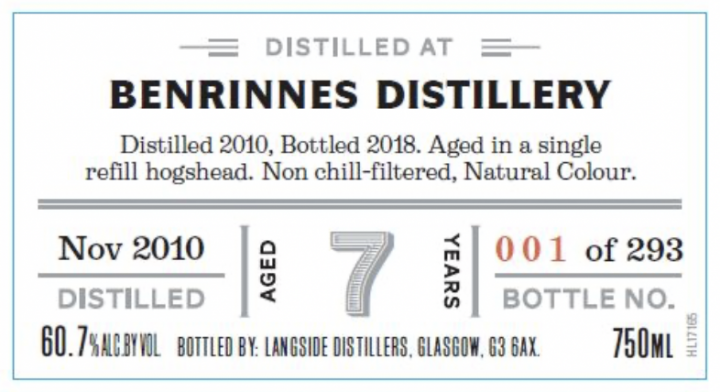 The original Benrinnes was sited almost a mile south-east of today’s distillery. Built on the Whitehouse Farm in 1826 by Peter McKenzie, the distillery was completely destroyed just three years later, after a great flood laid waste to the buildings. In 1835, a new distillery was built, sited on the side of its namesake, the 840m peak which looms over Speyside. Benrinnes draws its water from springs on the mountain, tapping the Rowantree and Scurran Burns. In 1984, it was decommissioned and malt was bought in instead. Despite the long history of Benrinnes, there has only been one official bottling - in 1991 a fifteen year-old was released. Save for a few independent bottlings, the majority of the spirit has been used in blends, notably Johnnie Walker and J&B. Today, single malt whiskies from Benrinnes remain a rare treat. The distillery is currently under Diageo ownership.