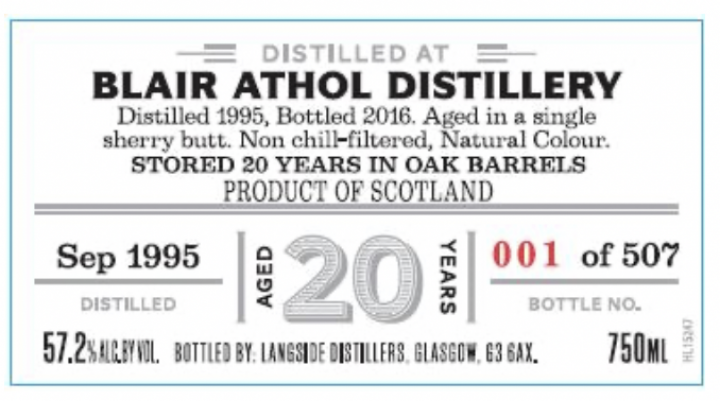 The picturesque Pitlochry-based distillery lies close to Edradour and is unconnected with the simarly spelt town, Blair Atholl. Blair Athol changed hands several times during the 1800s and eventually closed in 1932. A year later the distillery was acquired by Arthur Bell and Sons and today as much as 95% of the outturn is bourbon-matured and used in Bell’s blended products. The whisky boasts a swift maturation and the remaining five or so percent of spirit is aged in sherry casks and sold as single malt, mostly by independent bottlers. Diageo are now the current owners of Blair Athol.