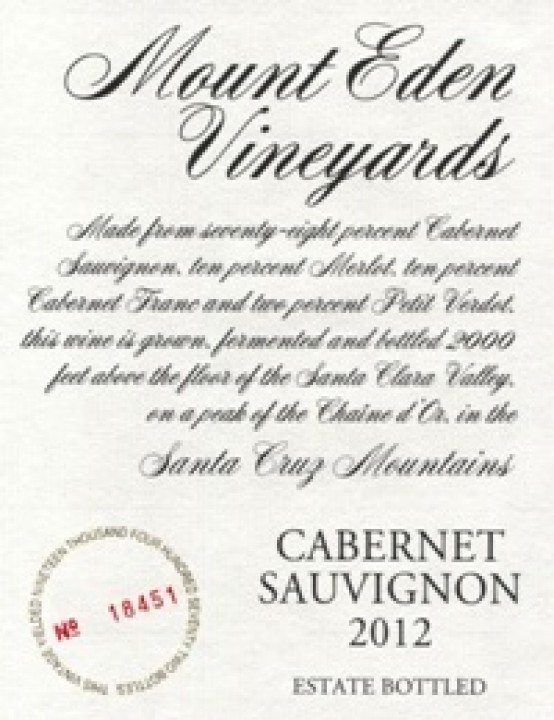 The heritage of Mount Eden Cabernet Sauvignon dates back to the 1890s, when the famed viticulturist Emmett Rixford of Woodside, California, obtained selected cuttings from Chateau Margaux in Bordeaux, France. Rixford planted his famous La Questa Vineyard with these selections, in the same proportions as found at Margaux.

In the late 1940s Martin Ray planted his first Cabernet vineyard with cuttings from the La Questa Vineyard. The present-day Estate Cabernet Sauvignon vines were planted in the early 1980s using cuttings taken from these vines. Yields are low, typically one to two tons per acre. Soils are very thin (1-12 inches), with a dominant base of Franciscan shale. The climate is cool, especially for Cabernet, and influenced by the vineyard’s altitude and its proximity to San Francisco bay and the Pacific Ocean. The vines are trellised in a modern fashion, which allows for a more uniform ripening. The vineyard also contains small blocks of Merlot and Cabernet Franc.

The Cabernet is fermented in small 1,000-gallon stainless steel tanks, with the must punched down manually and macerated for six to ten days after fermentation completes. The new wine is transferred into new Bordelaise chateau barrels where it finishes its malolactic fermentation. During the twenty-two months in the cellar, the wine is racked three to four times per year via air pressure. It is bottled unfined, unfiltered and aged two years prior to release.