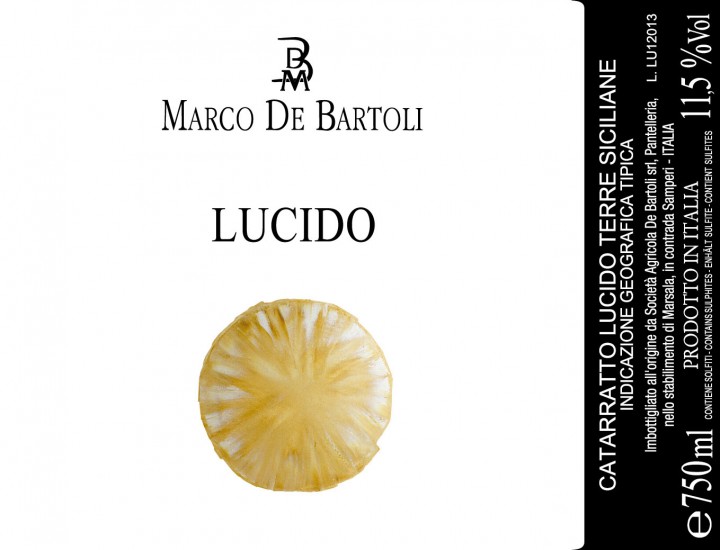 100% Catarratto. Catarratto is the second most-planted variety in Italy and the most planted in Sicily. There is a more common type and then a more unusual, though not rare, type called Lucido, whose berries have a less powdery and thus more shiny surface and more significantly a higher potential for making quality wines, for which this bottling is named. De Bartoli has vines not at its home estate in the contrada of Samperi near Marsala but slightly north in the province of Trapani (where their Pignatello is planted as well). These 2 hectares of 15-year-old vines are planted on sandy loam soils on flat land, organically farmed and hand-harvested (as for all De Bartoli wines). The fruit is cooled, whole-cluster-pressed and naturally settled before fermentation with native yeasts in tank in stainless steel vats. The wine is aged on its fine lees in steel for 7 months; total sulfur is a moderate 39 mg/liter.

Lucido is classified as an IGT Terre Siciliane and was first bottled in 2008.