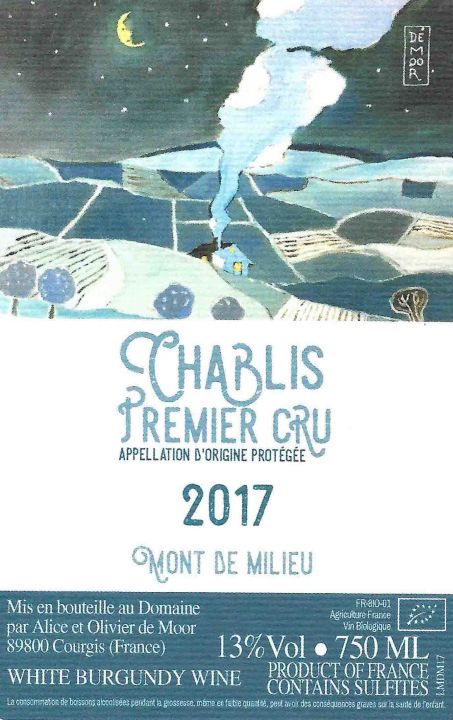 100% Chardonnay. In the 2017 vintage, the de Moors made their first foray into premier-cru Chablis, in this case by purchasing a 0.82-hectare parcel in the Mont du Milieu vineyard (its name derives from it being a hill at the border between Chablis and Champagne). The parcel is south-facing and steep enough that it has to be worked with a horse rather than a tractor; the mid-section dates to the 1980s and the higher part of the hill to the 1930's. The de Moors farm it organically and harvest it by hand. The fruit is destemmed, gently pressed and fermented spontaneously with indigenous yeasts in used Burgundy barrels. The wine goes through malo and is aged on its lees without bâtonnage or racking in barrel for a year or more. Bottling is without fining or filtering and the only point at which a touch of sulfur is added to the wine. The premier crus are released a year later than the other de Moor wines.