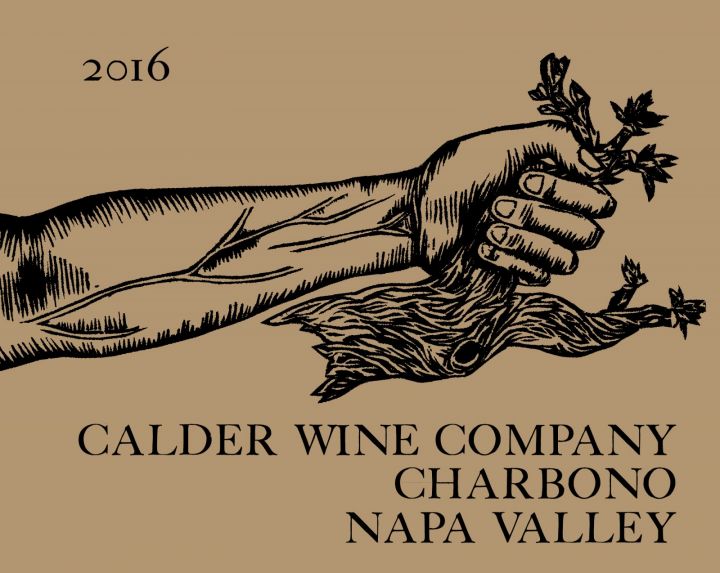 The 2016 Charbono is the second vintage that was produced exclusively with the fruit from the Rossi vineyard in Rutherford. As the vineyard manager of Frog's Leap Winery, Rory Williams was able to plant about two acres of Charbono in which he dedicated much of his time perfecting their growth and maturation.

Dry-farmed, organically grown, and "head-trained" an old style of vine growing, the wine represents Williams' approach to the historic Inglenook Charbonos which ultimately inspired the creation of Calder.

About 2 tons were harvested in the middle of September 2016, with a cool and gradual fermentation process. Following Fermentation the wine was placed into French oak barrels and aged for 2 years and bottled in September of 2018.

The 2016 Charbono gives the drinker a taste of the evolution of the varietal throughout the aging process. Initially it is closed off but with some air, ripe dark fruits as well as spicy and herbal tastes begin to shine. The wine is light and lower in alcohol but the savory density it brings to the palate makes for a medium to full bodied wine.