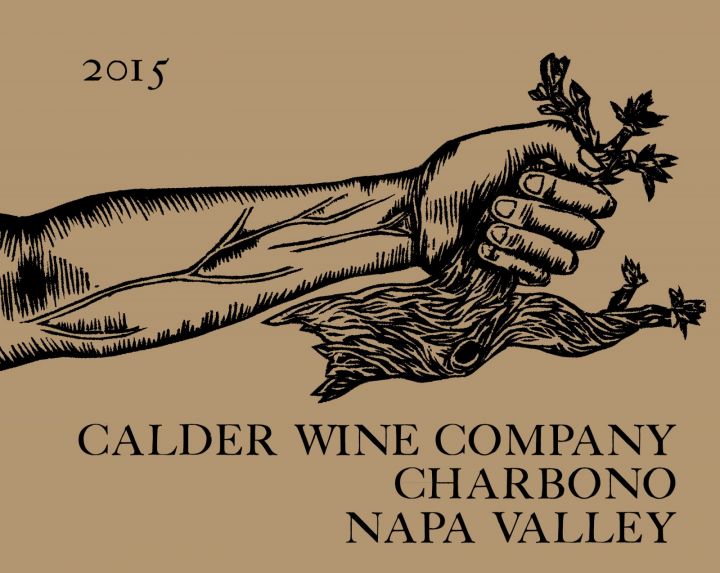 The fifth vintage for Calder working with this heritage variety, and the first drawn exclusively from a newer block in Rutherford that Rory planted and farms directly with his family. The block is organically certified and dry farmed.

"The 2015 Charbono is an incredibly important vintage for me personally, as it represents the first chance I’ve had to work exclusively with the fruit from the Rossi vineyard in Rutherford. This vineyard is owned by Frog’s Leap Winery, where I work full-time as vineyard manager. In 2008, we planted a little less than 2 acres of Charbono, and it has been my incredible privilege to help train these vines up the stake, prune them, shape their maturation, and finally share in their fruit. Dry farmed, organically grown, and head-trained in the old style, these vines and the resulting wine represent my attempt to approach the greatness of the old Inglenook Charbonos, which inspired the creation of Calder and which continue to shape the vision I have of the character of my home, Napa Valley. " - Rory Williams

History of Charbono: Part of the Slow Food Ark of Taste - Charbono has a long and winding history in California. Only 70 acres remain here, and it is extinct in its native land of France’s Savoie. After arriving in the mid-1800s (imported, it is believed, by the same man who provided the famed botanist Luther Burbank with the source material for his gardens), it was alternately mistaken for Pinot Noir and Barbera until the mid-20th century, when Inglenook’s John Daniel began making it famous. Some of these mid-century examples still survive, and serve as inspiration for makers of Charbono today to whom Charbono stands as a lasting connection to the heritage and history of winemaking in Napa Valley.