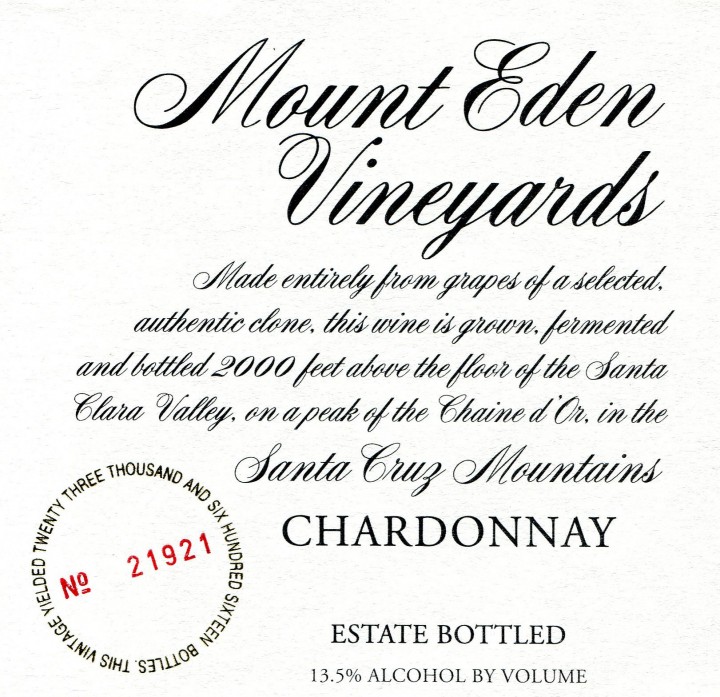 From Mount Eden's website: In the late 1940s and early 1960s, Martin Ray planted six acres of Chardonnay vines propagated from a Burgundian selection grown in the original Paul Masson vineyard.  20 acres of Estate Chardonnay are now farmed at Mount Eden from which 1,200 to 2,000 cases per year are produced. Yields average one to two tons per acre, far below the average for Chardonnay in California. The Estate Chardonnay grapes are harvested when slightly yellow to yellow-green and are pressed without crushing. All of the juice is barrel-fermented in new and one-year-old French Burgundy barrels, where the wine undergoes full malolactic fermentation and is ages on the lees for ten months before being lightly filtered prior to bottling. The Chardonnay is then cellared for two years before being released for sale.