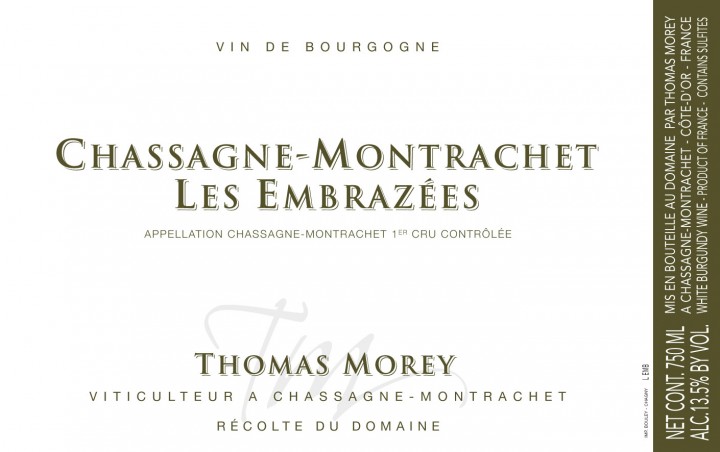 Completely abandoned after the phylloxera crisis, the Embrazées (sometimes written as "Embazées") vineyard was resuscitated as part of a plan organized by Thomas' grandfather, Albert Morey, in the late 1950's. The vines in this Morey bottling were planted in 1961 and are considered by the domaine to be its finest parcel in all of Chassagne. Embrazées lies at the far southeastern corner of Chassagne, with two of its borders formed by the Baudines premier cru (where Morey also has a small holding) and the appellation of Santenay.  It is a gentle slope of very stony, shallow, red soil rich in fossils. The Moreys find the wine to be quite concentrated as well as highly aromatic with white fruits and flowers in its youth, in need ideally of about five years to begin to reveal itself fully.