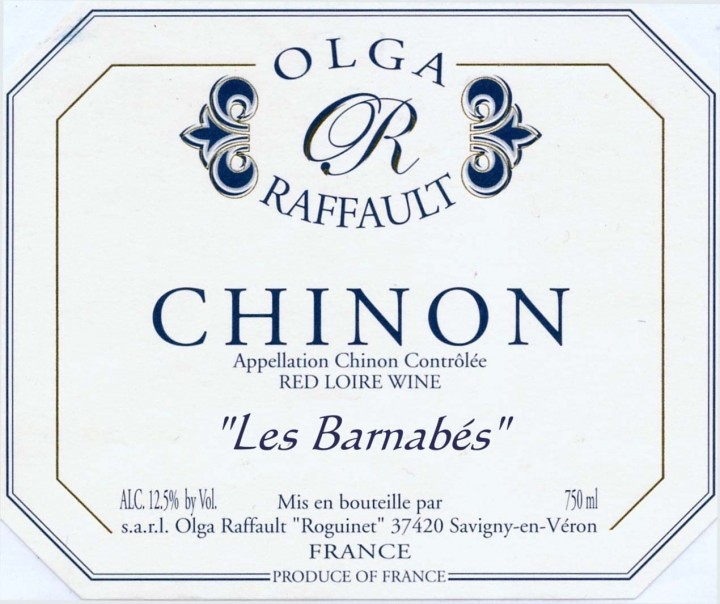 100% Cabernet Franc. Les Barnabés stands apart from Raffault's other main sites, Les Picasses and Les Peuilles, still in the Véron region but far to the west and downhill on a plain of alluvial soils near the Loire River. The sandy, gravelly site yields a lighter style of Cabernet Franc more approachable with less aging compared to the other two. LIkes Picasses and Peuilles, Barnabés comes from fruit which is organically farmed, harvested by hand, destemmed but not crushed, and fermented in tank with native yeasts. The fermentation is at cooler temperatures and the aging in tank only, all to preserve the freshness and brightness of the fruit. It is the earliest release of the three reds.