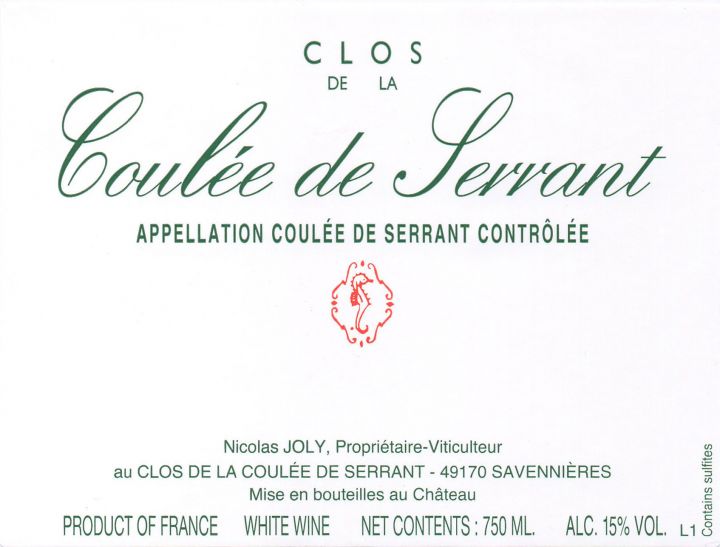 Savennieres Coulée de Serrant is one of three monopoles in France that is its own appellation. It has been considered one of the best sites in France for making white wine for hundreds of years. It was first planted in 1130 by the Cistercian monks. It totals seven hectares and it has very steep slopes with sunny south / south-east exposure. The soils are quite shallow and composed of schist and quartz. Vineyard work is done by horse or by hand and the yields are normally 20-25hl/ha, although up to 40hl/ha are allowed. The vines are 35-40 year-old vines; and the oldest were planted in 1935. Vines are replaced by selection massale when necessary.

Harvest takes place over three to four weeks with up to five different passes, looking for the ripest fruit. The fermentation lasts two to four months in tanks and barrels with indigenous yeasts and no temperature control. The wine is aged for 6-8 months in neutral 500L oak barrels (a max of 5% new). It's bottled with a light filtration, no fining, and a low amount of sulfur. Total production averages 1,650 - 2,100 cases per year.