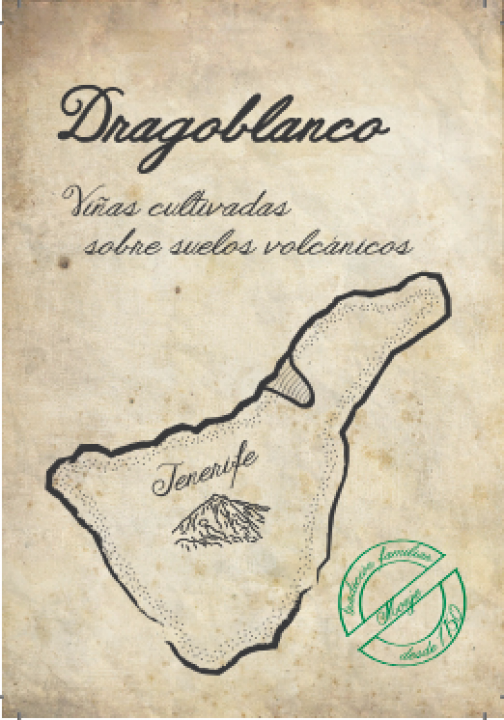 100% Listán Blanco that comes from a plot called “El Drago” located between 600-700m altitude in the seaside town of El Sauzal on the island of Tenerife. The vines are now 80+ years old and, as is typical of the area, have never seen Phylloxera.

The "Drago" for which both the vineyard plot and wine are named refers to the famous Drago tree that grows on Tenerife and can live to be thousands of years old. (Yes, thousands! Read more about it here: https://en.wikipedia.org/wiki/Dracaena_draco)

"Dragoblanco" was the first wine Felipe Monje ever made, following the 1983 harvest. Thirty years later, Felipe has mastered the vinification of this plot. He vinifies in inox tanks. The final wine is only 11.5% ABV and is a prototypical volcanic island wine, a refreshing and fruity white that is pure fun.