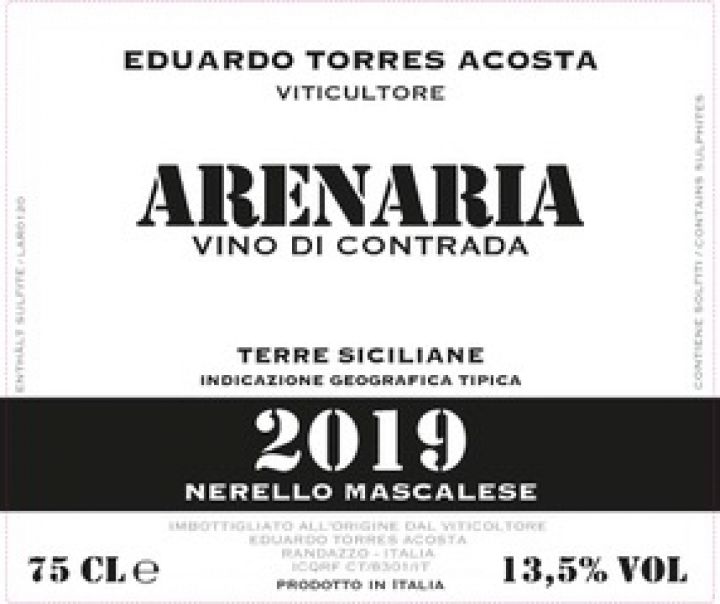 90% Nerello Mascalese/10% other local varieties. 2019 was the first vintage of Arenaria. Eduardo acquired this half-hectare parcel in the territory of Castiglione, just outside of the Etna zone. It lies on Mt. Portella at 700 meters with a north-facing orientation. Notably, the soils here are not volcanic but sedimentary, based on sub-marine sandstone with clay and quartz ("Arenaria" = marne). In traditional style, the vineyard is a mixed planting of various local white and red varieties. Nerello Mascalese is the main red, with Nerello Cappuccio, Alicante and Garnacha; the whites include Minnella, Catarratto, Grecanico and Inzolia. The bunches were mainly destemmed (small percentage left whole) and were fermented spontaneously with indigenous yeasts in open tubs without temperature control or sulfur. The maceration lasted about 15 days. The wine was aged for 11 months in tonneaux and concrete tanks and then bottled without fining or filtering and with a minimal dose of sulfur.