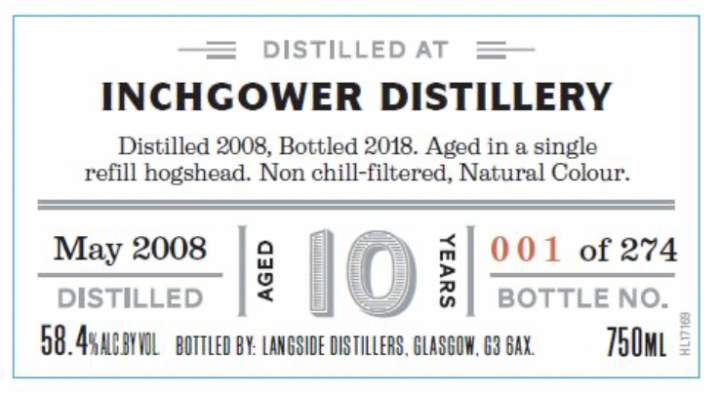 The Inchgower distillery was founded as ‘The Great Distillery of Inchgower’ in 1871 by Alexander Wilson and Co. It was intended that Inchgower would utilise the buildings and equipment of the old Tochieneal Distillery. The Inchgower distillery lies in Banffshire not far from the mouth of the River Spey and just on the outskirts of the fishing town, Buckie. During the 1960s Arthur Bell and Sons renovated the distillery and installed a further two stills, doubling the total capacity to a little less than two million litres annually. In 1985, Guinness acquired the distillery, Inchgower is currently under the watchful eye of Diageo. Despite being a relatively small-scale distillery, Inchgower boasts thirteen onsite warehouses which hold up to 60,000 casks. There have been very few official releases.