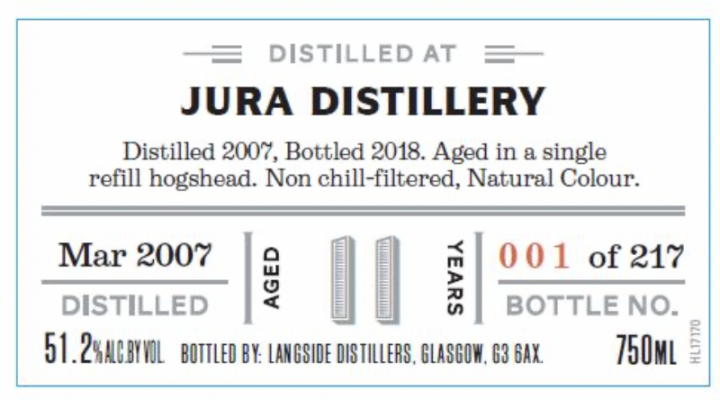 The only (legal) distillery operating on the island of Jura to the north of Islay. With less than 200 people living on the island, it’s at the heart of their community and sits in the middle of Craighouse, the island’s biggest town. The present Jura distillery was built between 1960-63 by Robin Fletcher and Tony Riley-Smith (in partnership with Scottish& Newcastle’s blending company Charles Mackinlay & Co.) on the grounds of a previous distillery (also called Jura) that had been founded in 1810 but closed and dismantled in 1901.