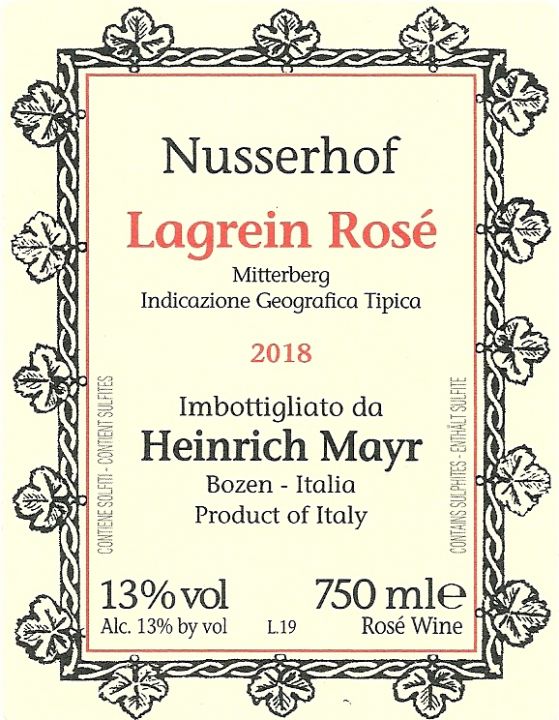 100% Lagrein. From the Mayrs' 40-to-90-year-old Lagrein vines around the winery. The grapes are farmed organically and harvested by hand. The rosato is a 50/50 combination of direct-press and saignée juice, fermented in tank with a pied de cuve made with native yeasts and aged in 20-hectoliter oak botti for at least a year before release (so the vintage is always one behind most of the rosé market). It is deeply colored, full-bodied, soft and spicy, with dark-cherry-cranberry fruit and a mineral spine, drinking more like a light red than most rosé wines.

"Kretzer" is the traditional Tyrolean name for this style, from the German word "kretze" (a woven basket used to separate skins from juice in a bygone era). Normally this word is prominently feautured on the label as it is included in the "DOC Südtirol Lagrein Kretzer" language. However, in the 2018 vintage, the wine was deemed "not typical" and did not receive the DOC, so the Mayrs bottled it as an IGT. They fight this battle annually, because its rosato has more personality and color than what is deemed "typical".