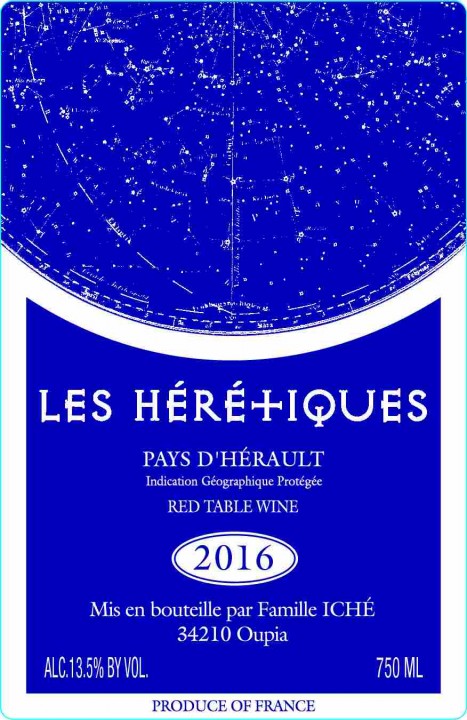 90% Carignan/10% Syrah. The Carignan vines average 40 years in age, with some of them being up over 100 years old. The fruit is sustainably farmed and harvested partly by hand and partly by machine. Half of the Carignan is vinified traditionally--destemmed and fermented in used barrel and macerated with skins for 30 days--and half as whole clusters with carbonic maceration. Those wines are blended with the Syrah and aged in a combination of steel tank and neutral oak vats.

History figures prominently in this, the main, bottling from Château d'Oupia: "Les Hérétiques" is named in recogntion of the Cathars, a heretical Christian group once based on the Languedoc but wiped out by order of Pope Innocent III in 1208 in response to the murder of a papal representative by a Cathar supporter near Minervois. The castle which is the home of Château d'Oupia dates back to this time as well.