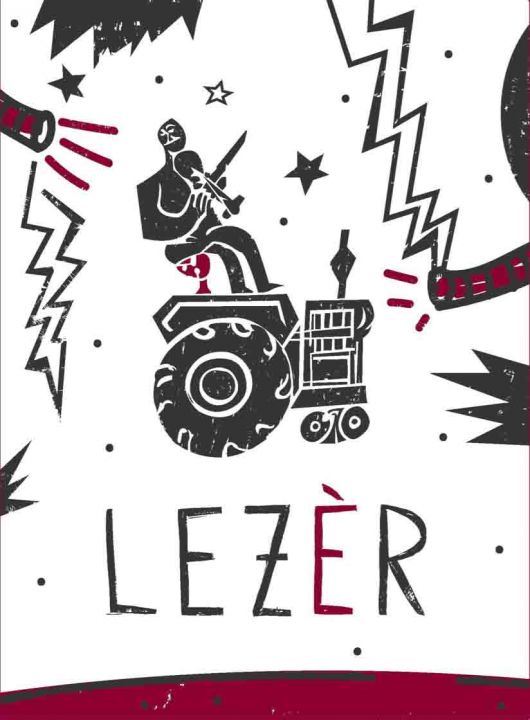 90% Teroldego/10% other (primarily Lagrein). Lezèr ("light" in local dialect) was a new bottling born of the terrible 2017 vintage, when the fruit from the vines that go into the basic Foradori red bottling was devastated by a summer hailstorm. What fruit could be salvaged and ripened was turned into this short-maceration red wine, named for its light color and body. It was Foradori's first vin de soif, and they enjoyed the change of pace so much that its production is carrying on. The wine debuted as pure Teroldego but now has up to 10% other varieties in it, from old vineyards that the Foradoris have rented recently. There is still much expermentation built into Lezèr, with varying amounts of whole bunches (though the fruit is mainly destemmed) and various sizes and materials of neutral vessels (cement, steel, old wood, amphora). The maceration remains short at around 24 hours maceration and of course the fermentation spontaneous with native yeasts. The 2019 finished with less than 1 gram RS.