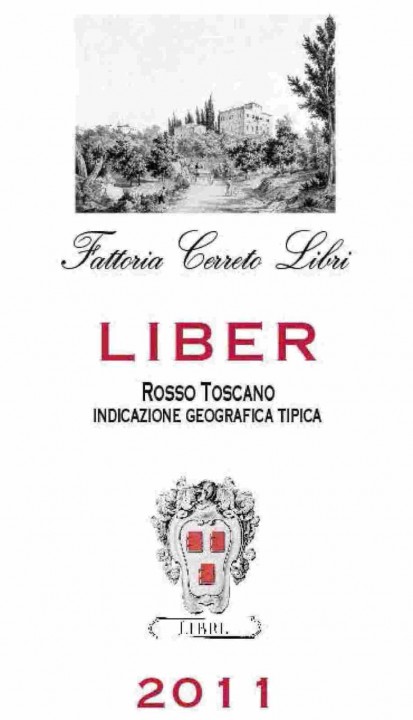 90% Sangiovese/10% Canaiolo & Colorino. The old vines are biodynamically farmed and very low-yielding. The bunches are harvested by hand and destemmed but not crushed and put into old concrete tanks that are 3/4-filled; the spontaneous fermentation with indigenous yeasts is thus partly carbonic. Maceration extends up to 3-4 weeks. Aging takes place in a combination of tanks and old casks. Sulfur is not used at all, and there is no fining or filtering. The reds are aged in bottle for years before release (to wit: this 2011 was released in 2017).This is an ultra-old-school style of Chianti and did not always make the Chianti Classico or, later, the Rufina DOCG cut, so it is bottled as an IGT Rosso Toscano named "Liber".