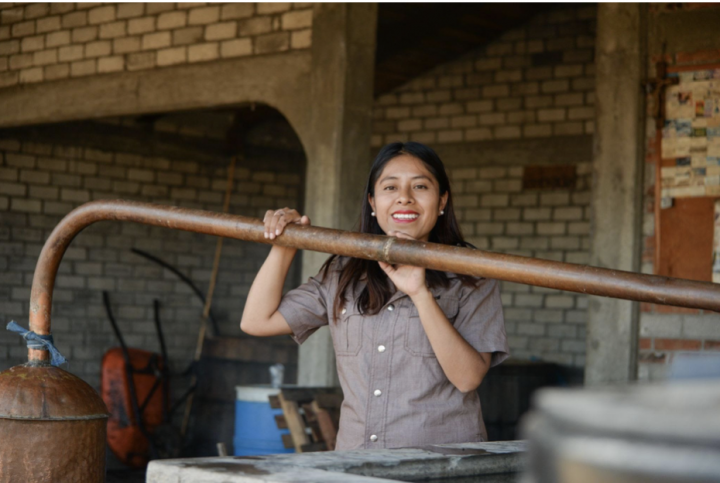 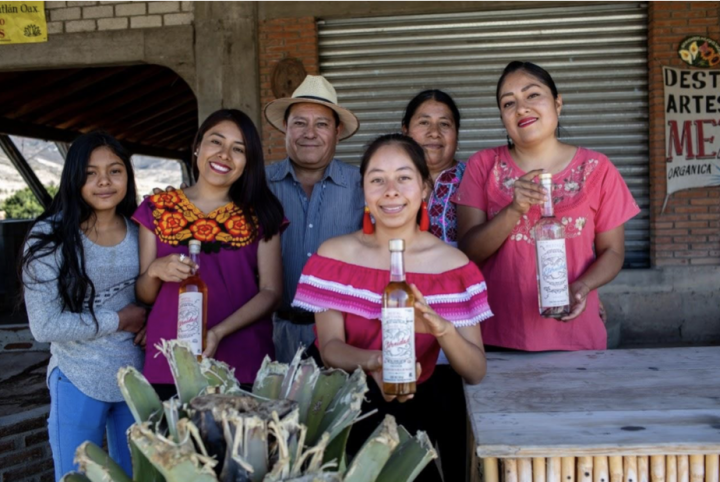 From the village of Santtiago Matalan. After a 4 day roast agaves are crushed by Tahona. After a natural fermentation of 5 days in Pine wood. Distillation is on copper pot stills for 1.5 distillations

Lidia Hernandez
Being a native of Santiago Matatlán, Oaxaca, it’s no surprise that Lidia comes from a long line of mezcal producers on both her mother and her father’s side. Lidia studied law at La Universidad Autónoma Benito Juárez de Oaxaca, and since graduating in 2016 has been able to use her studies to support her family in managing the accounting, exportation, and certification of their mezcal business. This fifth generation producer’s story of how she recently also became the Maestra on her family’s palenque is a bittersweet one. The transition took place in September 2020, when Lidia’s father, Juan Hernández Méndez, passed away. While the entire family is still adjusting to life without Juan, his legacy lives on as the family continues to make mezcal in his honor using all the traditions that were passed down to him and that he passed down to Lidia and her siblings.