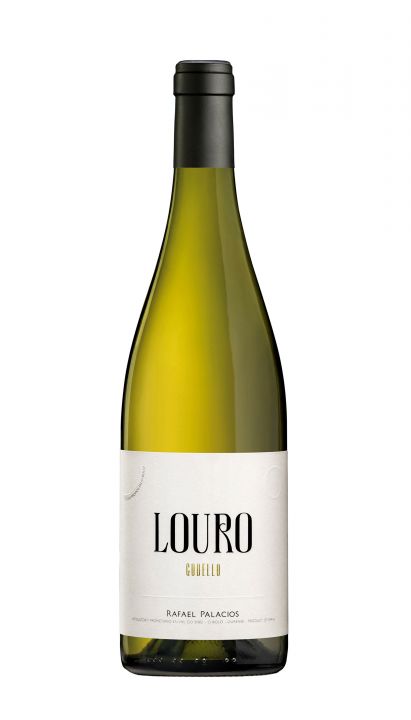 • A blend of Godello with a small amount of Treixadura from parcels located in the villages of Chandoiro, Lentellais, Outardepregos and Santa Cruz. After decades of conventional farming, the organic practices of Rafa have begun to revitalize the soils of these sites and Louro is becoming more complex with each vintage. Louro is fermented in French oak foudres and aged on its lees for four months. Up to 10% of the blend in Louro will be Treixadura, a variety that can be found co-planted in Rafa’s sortes.

93 points
"The 2019 Louro comes from a vintage that Rafa Palacios compares with 2011, 2012, 2014 and 2016, the best vintages for him. The vines are on sandy granite soils, but there are some vineyards where there's a little more clay, and the vines are worked organically. It fermented in 3,500-liter oak foudres, where the wine matured with lees for four months. It always has a small percentage of Treixadura, around 4% this year, and in 2019, it reached 14% alcohol, so it's not a shy wine. It might seem incredible, but Treixadura is a very aromatic and balsamic grape and that small percentage is clearly noticeable in the aromatics, which gives Louro a very different profile from the AS Sortes, with a more herbal and balsamic touch. But Palacios tells me that's the freshness of the year (Godello can also be herbal), as they have regrafted a lot of Treixadura. In 2019, there is less Treixadura than in previous years, and there's only one hectare of Treixadura left in his vineyards. The wine does have very good freshness, plus a very salty finish and the granite sensation that gives it an electric touch, complex, powerful and with a profile of a serious wine with very little bitterness; Palacios says it reminds him of the 2005 As Sortes. This has to be one of the best vintages of Louro, a clear step up from previous vintages. 180,000 bottles produced. It was bottled between April and May 2020 from a single master blend."
Luis Gutiérrez,
Wine Advocate
, July 18, 2020
SKU/Code:
DB3469-19
Product Line:
Wine
White
Varietal:
Godello
Farming Type:
Organic
Tech Sheet: