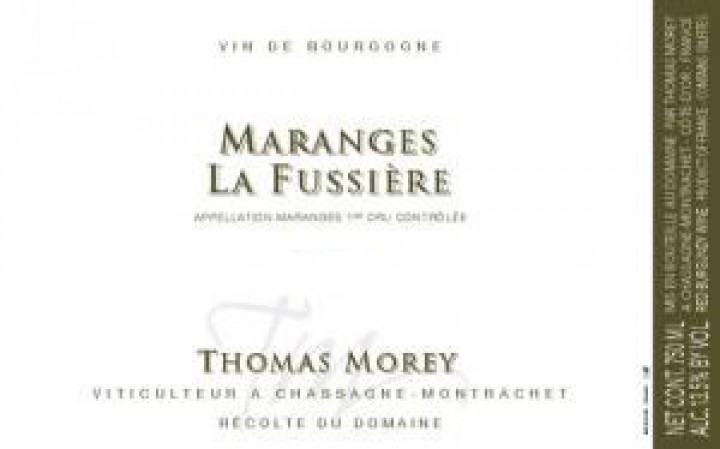 Maranges is the barely-attached, southernmost extension of the Côte d'Or, created only in 1989 and still a relatively obscure appellation. It comprises three villages, just beyond Santenay, among hills that curve away from the "golden slope" of the Côte d'Or to face due south; their fruit was historically included in Côte-de-Beaune Villages wines. There are 7 premier crus which lie in one block toward the top of the hills, Fussièrere being the largest of them. Morey's vines are south-facing and on brown limestone and marl soils.