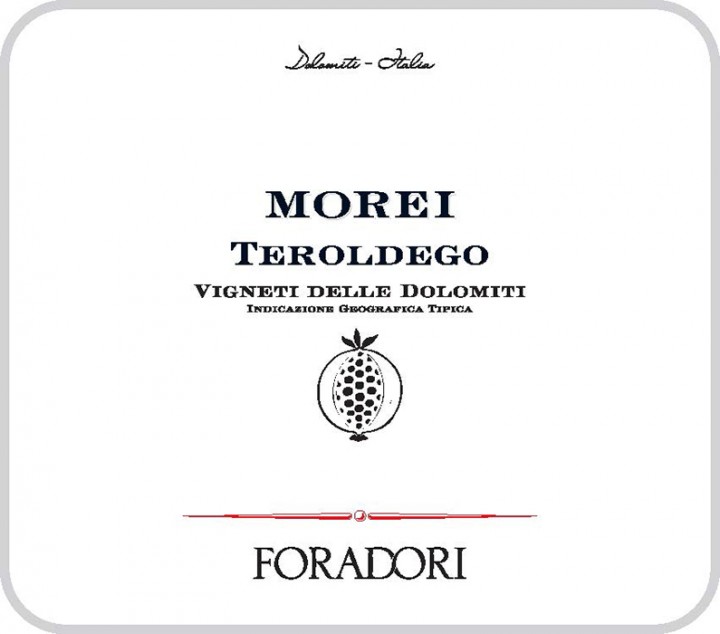 100% Teroldego. Morei is a warmer, stonier 2.5-hectare vineyard averaging 30 years old on the Campo Rotaliano plateau, a broad, flat, sunny and well-drained expanse of vines in the shadow of the Dolomites. As for all Foradori wines, the farming is certified-biodynamic and the harvest is by hand. Morei is very close to the Sgarzon site and made identically: destemmed whole berries are put in clay amphorae for spontaneous fermentation and aging for 8 months. There is no sulfur used until racking and bottling. Both Sgarzon and Morei develop more quickly, being raised in clay, compared to the traditional foudre-aged Foradori red, and are therefore released earlier. And both were originally bottled in 1987 through 1999, then discontinued until the 2009 vintage--at this point, Elisabetta had converted tthe vineyards and gotten them certified biodynamic and was ready to embark again on expressing these two particular terroirs. Morei means "dark" in local dialect.