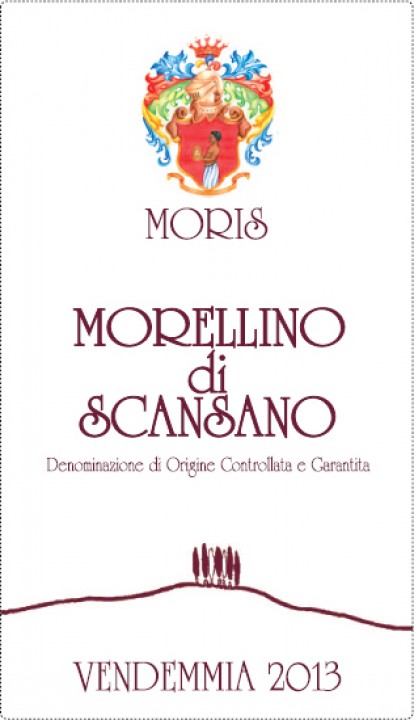 The first bottle of Morellino di Scansano dates back to 1981, only a few years after the DOC had been created in 1978. This wine gets its flavour from the sandy soil on which the vines grow and the final result, in the glass, is an elegant wine with soft tannins. A blend of ninety percent Sangiovese with the balance made up of Merlot and Syrah, this wine is fresh and pleasant with notes of red fruit, typical of Sangiovese.

Harvested in the last two weeks of September and first week of October. Fermentated in temperature-controlled stainless steel tanks with pumpovers twice a day for a period of fifteen days' maceration. Aged in stainless steel and bottled after four months, then aged at least two months in bottle before release.