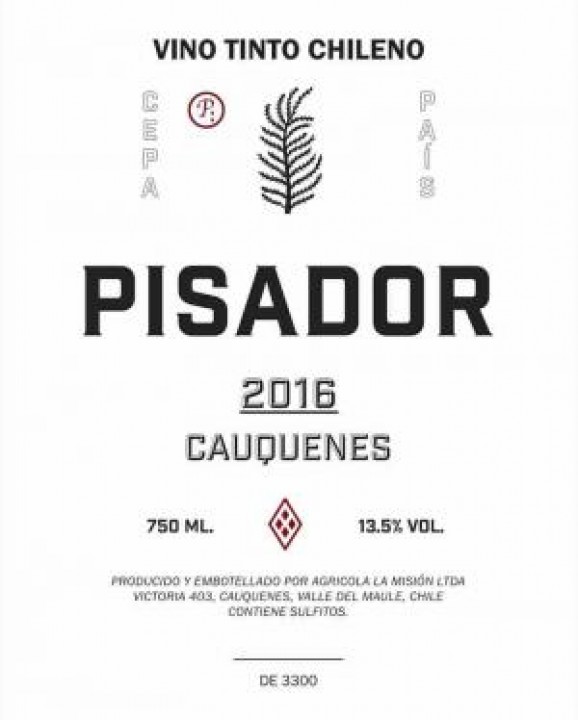 100% Paìs. 2017 is just the second vintage of Elena Pantaleoni''s (of La Stoppa fame) first foray into making wine in Chile. She is working with old-vine, ungrafted fruit in the southern part of the Coronel del Maule region near the village of Cauquenes. The microclimate is warm and the soils deep and granitic. The vines are in a couple of different plots, farmed organically and tended by hand, with the soils worked by horse and plow; they average around 150 years old and are on their own roots since phylloxera has never arrived here on these sandy soils. The bunches are not only harvested by hand but also destemmed by hand, using the most traditional of local tools called a  zaranda. The grapes are foot-trodden--the verb is pisar, from which the project and wine takes its name--and fermented spontaneously in the traditional lagar or tank with no sulfur or temperature control. Maceration is several weeks. The wine is aged for a year in used 300-liter French oak barrels, then bottled without filtration and without suflur and aged another 6 month. Pisador is not a rustic, pipeño style of Paìs but rather a more elegant, structured expression of the grape. Production is small at around 300 cases.