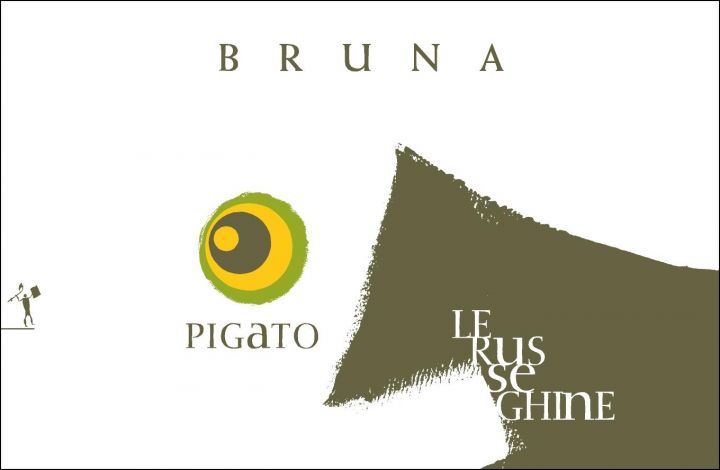 Le Russeghine is the first-known single-vineyard Pigato from Liguria, which Riccardo Bruna first produced in 1972.  It is a selection of middle-aged and older vines from the eponymous vineyard, above the village of Ranzo Borgo, at 230m above sea level, exposed to the Southeast.  This is an historic vineyard, with the name dating back to the census of 1700 when it belonged to the Bishop's See.

The soils are characterized by iron-rich red clay. The vines are 25-60 years old.  This site tends to be harvested in the second half of September, about 10 days after the Garaxin vineyard down the road in Pogli, which produces the Pigato Majè.

The grapes are softly pressed, the must is allowed to settle, and then fermentation begins, capped off at 18 degrees C.  Aging is between stainless steel and large casks (about 20-25%) for at least 8 months, followed by extra bottle aging.