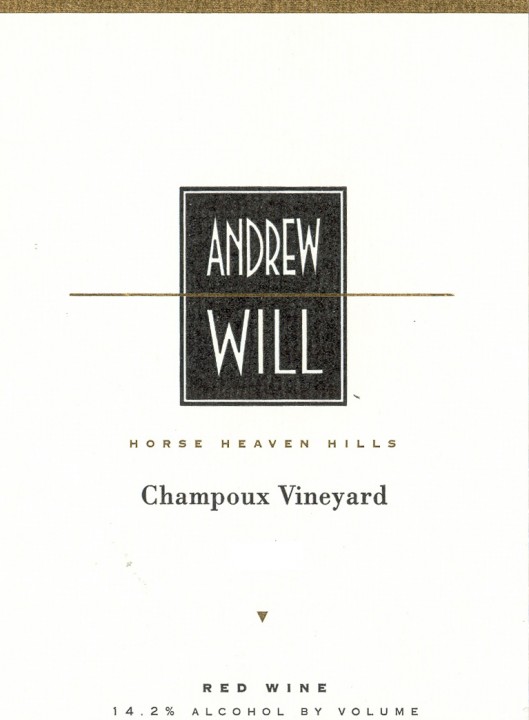 Champoux Vineyard has been one of Andrew Will’s primary sources since the early days and is now used for two wines – Champoux Vineyard and Sorella (made from the old-vine Cabernet). The first vines at this windy site were planted in 1972 at an elevation of 600-700 feet in sandy loam soils.

2014 Champoux Vineyard is a blend of 43% Merlot, 33% Cabernet Sauvignon, 22% Cabernet Franc, and 2% Petit Verdot/Malbec. The fruit was destemmed, fermented with native yeasts in stainless steel tank, and aged for 18 months in 35% new French oak. 724 cases produced.