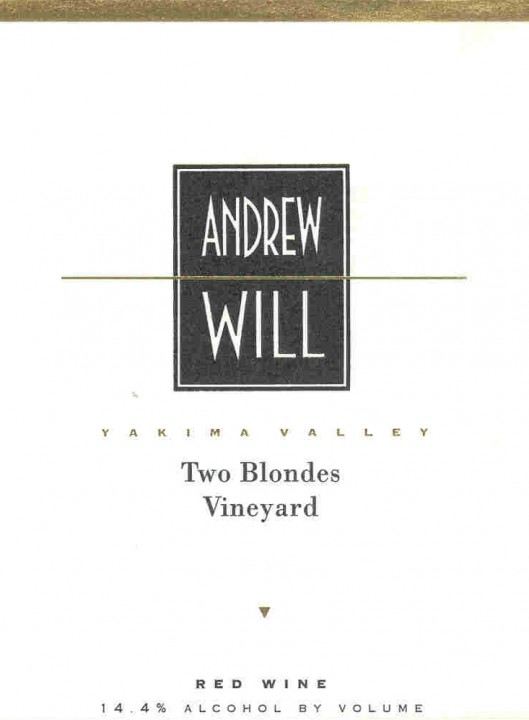 Two Blondes Vineyard is in Zillah, a western area of Yakima Valley AVA (Washington’s first AVA established in 1983), and is owned and farmed by Andrew Will.

The 36-acre vineyard was planted in 2000 to Cabernet Sauvignon, Cabernet Franc, Merlot, and Malbec.

At 1150 feet in elevation, Two Blondes is the coolest site of the four vineyards Andrew Will works with and harvest is generally later. Soils are gravelly, clay/loam and loess over lime-silica-cemented durpan.