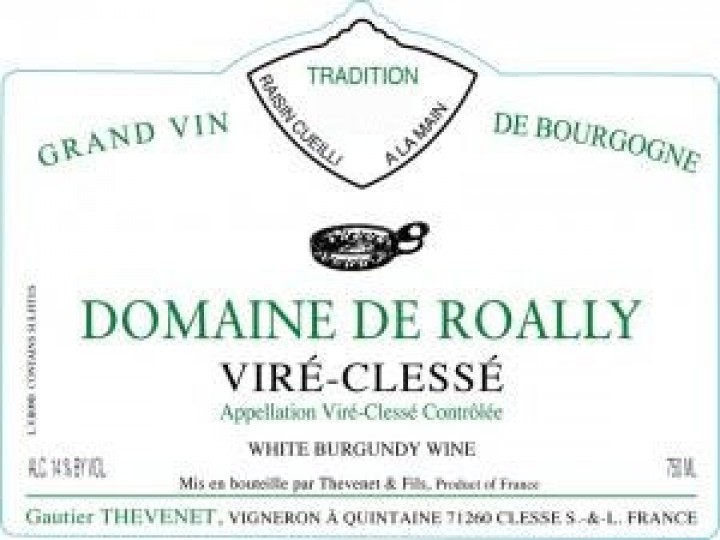 100% Chardonnay. Domaine de Roally is a newer but no less important part of the Thévenet estate, separate though it is from the original home estate of Bongran; both bottle Viré-Clessé AOC wines. The proprietor of Domaine de Roally was Henri Goyard, an old schoolmate of Jean Thévenet's and a similarly minded vigneron. When Henri decided to retire after the 2000 vintage, Jean's son Gautier took over his 4 hectares of Chardonnay vines on classic clay-limestone soils. They always were and are still farmed organically and harvested by hand. As with the Bongran wine, the fermentation of the Roally takes place in old epoxy tanks with indigenous yeasts and is extremely slow, going well into the spring/summer following the harvest and finishing with a few grams of residual sugar; malolactic fermentation generally occurs during the alcoholic fermentation. Roally is aged further in tank and in bottle and is released two years after the vintage, in other words much sooner than the Bongran. There is no oak used for either wine.