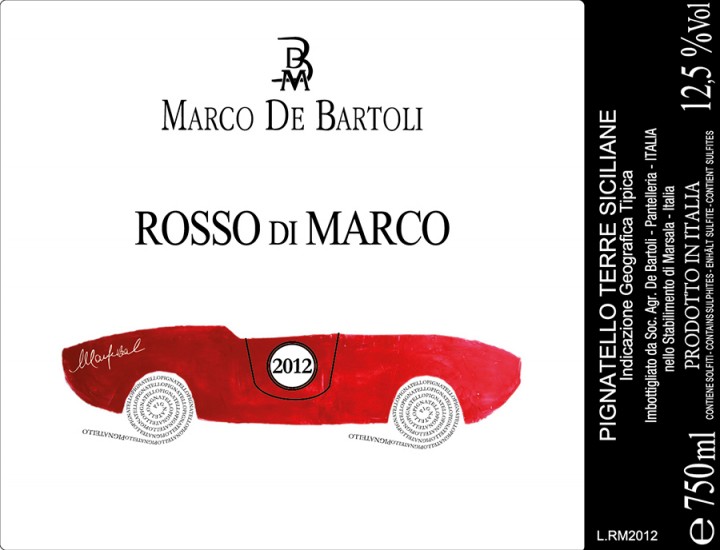 100% Pignatello. De Bartoli makes only one red wine. Initially, Marco made it from Merlot and Cabernet, commonly planted international varieties which swept Sicily in the 1980's; his doctor recommended he drink red for his health et voilà. But in keeping with his and the family's commitment to all things native and local, De Bartoli dumped the Bordeaux reds in favor of an under-utilized, little-known black variety called Pignatello (also locally known as Perricone); its name evolved from the word pignatte, a typical clay cooking pot made from the local red-earth pignatiddare.

De Bartoli has 2 hectares of Pignatello vines planted in the 1990's on clay-loam soils in the nearby province of Trapani, north of Marsala on Sicily's west coast. The vines are organically farmed and harvested by hand in mid-September generally. The fruit is destemmed, macerated in stainless steel tanks and fermented with indigenous yeasts with occasional punchdowns and pumping-over. The wine is aged for 1 year in 10-hectoliter French oak foudres and 6 months in bottle before release. Pignatello yields a medium-bodied, sweet-red-fruited, smoothly textured, gently floral red.

Rosso di Marco is classified as IGT Terre Siciliane. Its first vintage was 2013. The red car on the label is a nod to Marco's former life in racing. 12,000-bottle production.