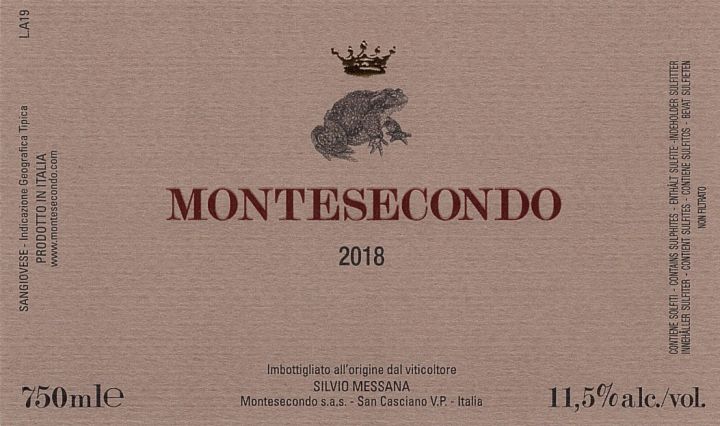 100% Sangiovese. Silvio has two separate properties: both are in the San Casciano zone of Chianti Classico but are at opposite ends of it and quite different in nature. The original family-owned vineyard, generally referred to as "Montesecondo", is the lower-altitude, warmer, more-clay-soiled one in the town of Cerbaia and has been farmed organically for decades. The second is a higher-altitude, cooler, limestone-rich long-term rental in Vignano at about 500 meters and converted fully to biodynamics from organics by Silvio. The fruit for this earlier-released IGT red comes from both, with a higher proportion from the original and also the younger vines of both sites, and is generally picked earlier than the grapes that go into the Chianti Classico and Tin bottlings. Fermentation takes place in concrete tank with natural yeasts and no sulfur; maceration is short; aging is in concrete tank. This is Montesecondo's largest production and always the first release of the vintage.