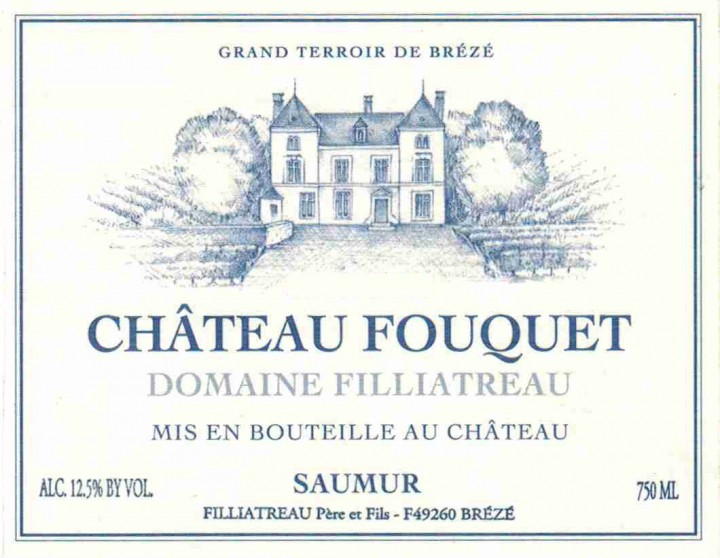 100% Cabernet Franc. Paul Filliatreau bought 6.5 hectares in the lieu-dit of Château Fouquet in the village of Brézé, 10 kilometers east of Saumur and only 100 meters outside of the Saumur-Champigny appellation. Parts of it had been abandoned, and Paul began replanting with massale cuttings from Chinon vigneron Charles Joguet's Clos du Chêne Vert vineyard. When son Frédrik joined his father in running the estate, he suggested an experiment of converting Fouquet to organic farming, which was completed in 1998; the next step was to convert to biodynamics, for which it will be certified in the 2018 vintage. Fouquet was also the first Filliatreau parcel to be ploughed by horse and to be harvested exclusively by hand.

As for Filliatreau's other Cabernet Francs, Fouquet is made with destemmed fruit fermented in stainless steel with natural yeasts in stainless steel tanks with temperature control, though with a longer maceration typically compared to the other wines. It too is steel-tank-aged (they do age a portion in oak for a different bottling which currently is not imported to the US) and bottled with a gentle filtration. It is the most structured of Filliatreau's wines.