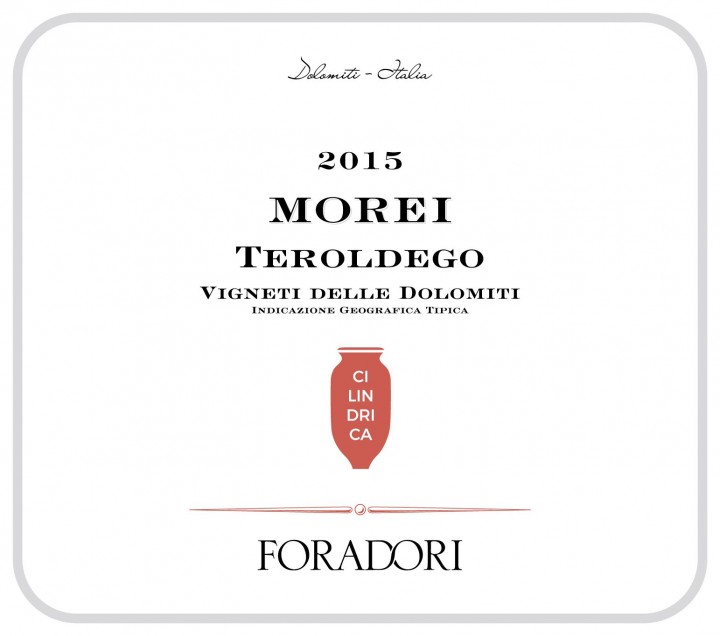 100% Teroldego. Local dialect for "dark", "Morei" is a warmer, stonier 2.5 hectares within the whole Foradori vineyard around the winery on the Campo Rotaliano plateau in the foothills of the Dolomites. Elisabetta planted the vines in guyot from massale cuttings in 1984. The farming is certified-biodynamic and the harvest is by hand. The bunches are destemmed, with the grapes going directly into clay amphorae (tinajas from J. Padilla in Spain) for an open-top, spontaneous fermentation without sulfur; the vessels are then closed for 6-8 months of maceration. After a brief couple of months in concrete off of the skins, the "normal" Morei would then be bottled. But for the special "Cilindrica" version, a small portion of Morei is instead racked off its skins directly into a cyliindrically shaped, smaller-capacity tinaja for a full year of additional aging. The wine is then bottled without filtration or sulfur; it is released about 2 years after the regular Morei bottling.