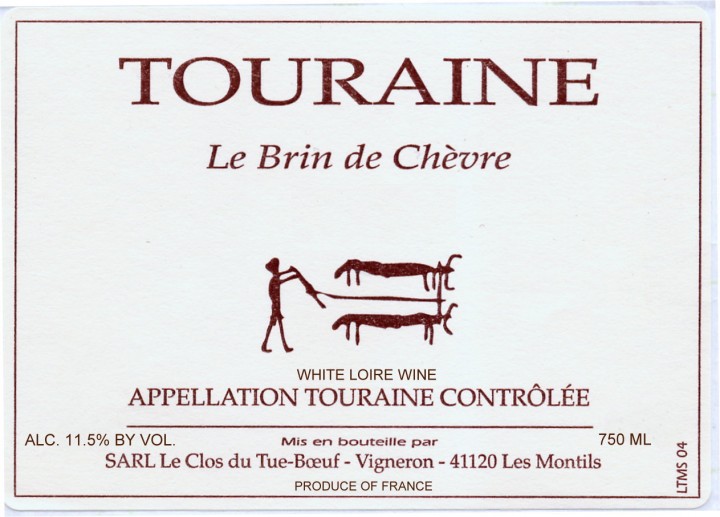 As for all Tue Boeuf whites, Brin de Chèvre fruit is pressed directly in whole clusters and allowed to ferment spontaneously with native yeasts and without sulfur in large oak tanks. The wine ages for about a year in used demi-muids and Burgundy barrels, without racking and with occasional stirring of the lees; it is bottled without fining or filtration and with a minute quantity of sulfur. 2018 is the last vintage of Brin de Chèvre as an AOC wine--from 2019 on, it will be bottled as a Vin de France.