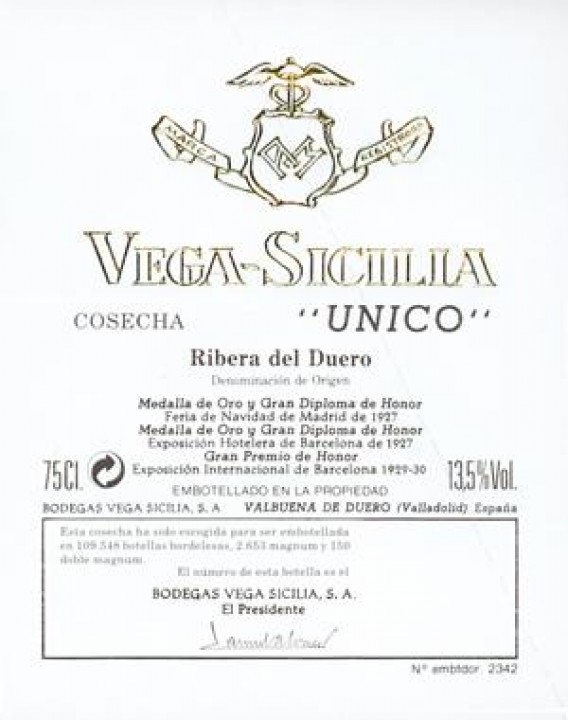 Perhaps the most iconic wine in all of Spain and most certainly from the winery, Único is legendary: a transporting blend of elegance and power that is released at an average age of ten years, but which can easily cellar for at least another forty. That the winery shoulders some of the responsibility for aging the wine in bottle, ensures that it reaches the market a little closer to peak maturity, and guaranteed to be in good condition.

The 2006 is 94% Tinto Fino (aka Tempranillo) and 6% Cabernet Sauvignon. The potential of the 2010 harvest in Ribera del Duero looked high from the outset. Though rain during flowering reduced yields, that helped the remaining crop achieve extra ripeness and concentration during the warm— but not torrid— July and August. As September became progressively cooler, the final stage of maturation was prolonged, producing a superb balance of sugar, ripe tannin, and fresg acidity.

It would not be wild to predict thst this will go down as one of the greatest Unicos ever made.