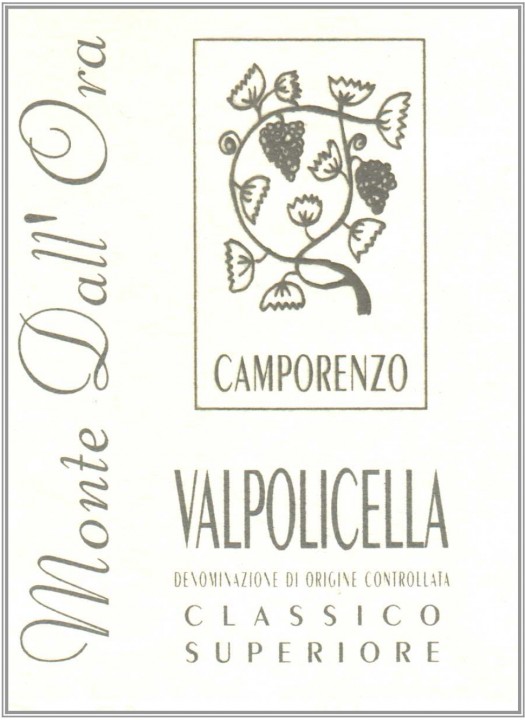 50% Corvina/30% Corvinone/20% Rondinella. Monte Dall’Ora’s Camporenzo vineyard is a few kilometers from the home vineyard and is similar in its hilliness and its crumbly limestone soils. The vines of traditional Valpolicella varieties were planted in 2008, trained on wires in guyot rather than in pergola for greater concentration in this cru Superiore bottling. The farming is biodynamic and the harvest is by hand into small bins in October, later than for the rest of the Monte Dall’Ora line-up.

The fruit is destemmed and gently pressed; spontaneous fermentation takes place with native yeasts and without sulfur in concrete and steel tanks (from which the short-fermentation-and-maceration Saseti wine has been removed). Maceration lasts 7-8 days with periodic manual punch-downs. The wine is aged for about 6 months in tank and then 6 months in old 25-hectoliter oak botti. The wine is bottled without filtration and with a small amount of sulfur. Production is around 9000 bottles.