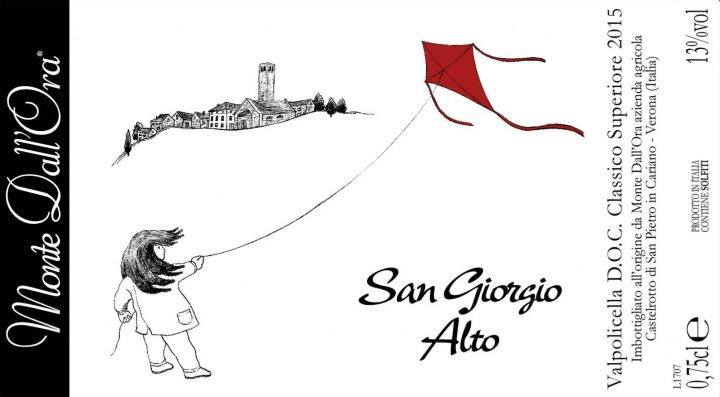 60% Corvina/20% Corvinone/20% Rondinella. 2015 was the first vintage for Monte Dall’Ora from this special 1.5-hectare site. San Giorgio Alto is several miles from the home estate, to the north and west, on the Valpolicella hill closest to Lake Garda. The limestone-rich parcels are a steep hike up to about 500 meters and are completely isolated in these high hills, surrounded by forest and other wild growth. When Carlo and Alessandra acquired it, they immediately began the conversion to organics and now work it biodynamically like the rest of their holdings. Like the vines in their other cru, Camporenzo, these are trained on wires in guyot rather than on pergolas.

The fruit was harvested manually into small bins in late September-early October. It was destemmed and gently pressed; spontaneous fermentation with native yeasts and without sulfur took place in concrete and steel tank. Maceration lasted 8-10 days with manual punch-downs. The wine was aged in a 25-hectoliter botte (used previously for Amarone aging) for 1 year and then bottled without filtration and aged for an additional 6+ months.