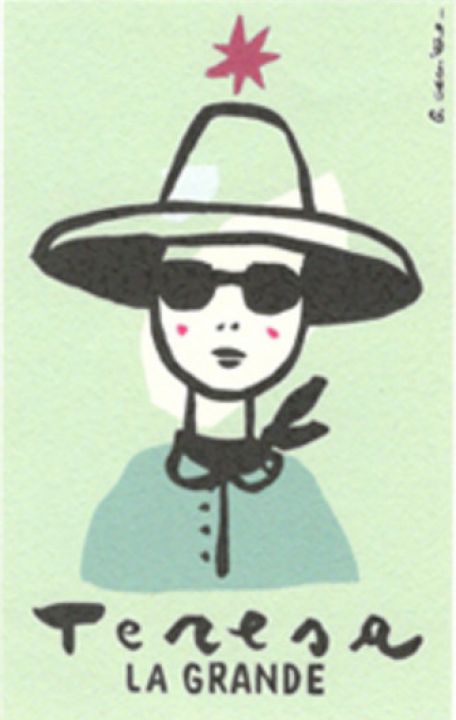 100% Ruche. From estate parcels scattered about the steep hills of the Monferrato zone of Asti. The Verrua family--Nadia and her mother Maria Teresa and her father Ottavio--farms the vines organically, tending and harvesting them entirely by hand. The grapes are destemmed with berries kept whole and gently pressed without breaking the skins, just enough to kick off fermentation in vat. Fermentations can be very lengthy in this cold cellar, where there is no addition of yeasts or sulfur and no temperature control; maceration is often as long as two months. Unlike the tank-aged version of Ruche, named simply "Teresa" for Mama Verrua, this Ruche is aged for two years in Slavonian oak botti and thus tagged as "La Grande" version of "Teresa". It is bottled without fining or filtering or with only a gram or two of sulfur if any. Maria Teresa is also depicted on this label, in her signature sunglasses and sunhat in which she works in the vineyard.