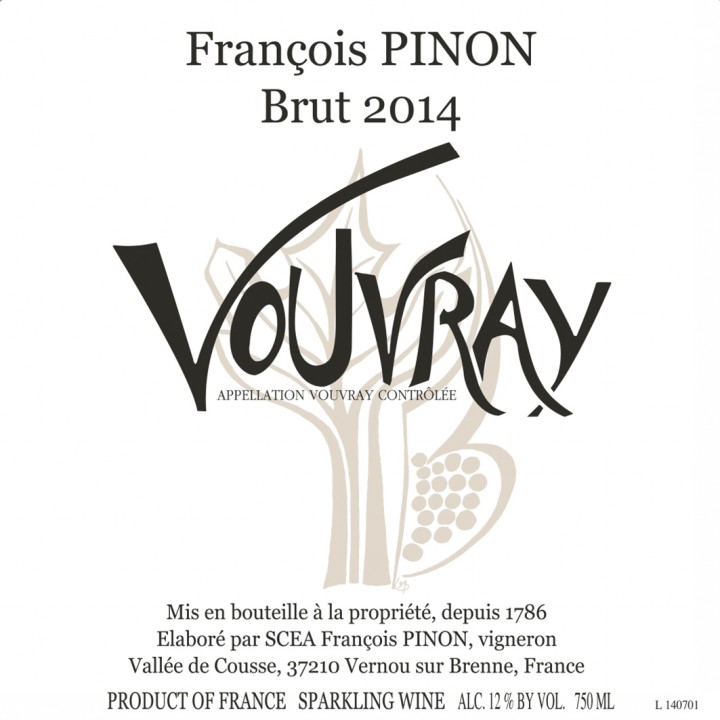 100% Chenin Blanc. Pinon makes two brut sparkling wines, both méthode champenoise from estate parcels of flinty clay soils over the classic Vouvray tuffeau (soft chalky limestone). The earlier-harvested fruit goes into this bottling since it receives a dosage in the end (with the riper, later-harvest grapes going into the eventual "Non-Dosé" Brut). The vines for both average 45 years old. They are farmed organically (certified since 2007) with the soils worked by plow. The fruit is harvested manually and goes through a rigorous three-step sorting process from vine to winery. Fermentation is spontaneous and lasts 4 to 6 weeks. The wine is racked into old tonneaux and steel tanks for 2 to 3 months of aging on the fine lees. The wine is then lightly filtered and bottled for its second fermentation. The 2015 Brut spent 3 years on its lees before disgorgement; it was finished with a  dosage of 6 grams/liter and landed at 10 g RS and 4.7 grams acidity.