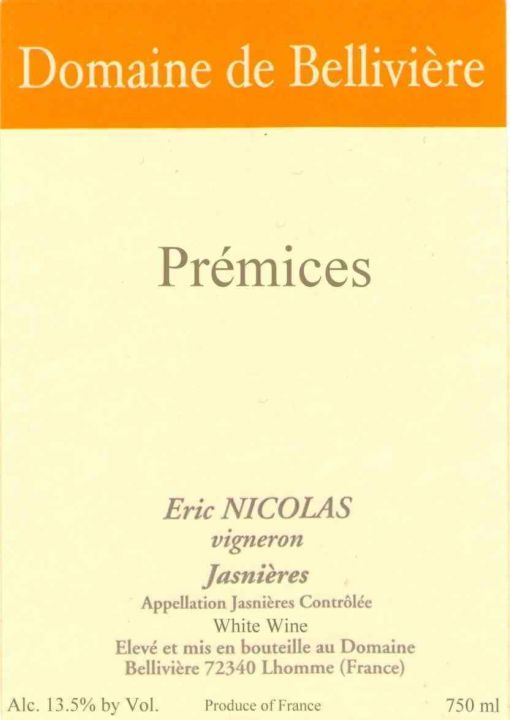 100% Chenin Blanc. Prémices is Bellivière's opening Chenin Blanc, a Jasnières which was originally made from fruit from vines in conversion to biodynamic farming after Eric and Christine Nicolas's aquisition of the Bellivière estate. Since the whole estate is now fully converted to biodynamics, Prémices has evolved into being a barrel selection of the most fruit-forward wines--so it remains the first released and the most approachable and straightforward in its youth. The fruit comes from a range of sites on flinty clay soils over tuffeau (limestone). It is harvested manually, direct-pressed and fermented in barrel with native yeasts and minimal sulfur; it is aged an average of 10 months in used barrels.