The Veneto is historically (and currently) a very important wine region in north east italy (see map under Italy). It stretches westward to lake Garda and northward to the Alps and the Austrian border from the terra firma behind the lagoons and city of venice, an important power in the wine trade of the Middle Ages whose legacy has shaped some wines in Veneto and elsewhere. Since the mid 1990s, Veneto has overtaken Puglia and Sicilia to become Italy's largest wine-producing region with production of more than 9.2 million hl/230 million gal in 2004. As production in the south of Italy has fallen, that in Veneto has increased. A large part of this increase is due to success of Pinot Grigio, though the entrepreneurial spirit of the producers and the co-operatives has also played a role.

In theory, a significant proportion of Veneto wine is of good quality, with doc wine representing well over a quarter of the total. The reality is somewhat different. This proportion has been artificially inflated both by drastic enlargements of the DOC zones (to plains which were cereal-growing areas prior to the Second World War in the case of Valpolicella and Soave) and/or by sanctioning extremely generous yields (in the case of Valpolicella, Soave, Bardolino, and Prosecco). The resulting wines, though nominally of DOC level, are too frequently characterless. Good bottles of Bardolino, Valpolicella, and Soave are not difficult to find, however, and the corvina vine variety which forms the basis of Valpolicella, and garganega, the base of Soave, are capable of making interesting wines if grown in the proper area: the hills on the 45 degrees 30 minutes of latitude which run eastward from lake Garda, to the north of the fertile Adige river plain. Other hillside zones of real potential are scattered about the region and include the Colli Berici to the south and Breganze to the north of Vicenza, the Colli Euganei to the south west of Padua, the hillside part of the Piave DOC zone. Native varieties such as Tocai, Garganega, and Verduzzo, are cultivated in these zones, as are imports such as Merlot and Cabernet (brought to the area in the wake of the Napoleonic invasion in the early part of the 19th century). The Garganega-based Bianco di Custoza and Gambellara, two country cousins of Soave, the lightly sparkling Prosecco of Conegliano, and the Moscato of the Colli Euganei (no rival to moscato d'asti but with the true, grapey character) round out the regional picture, a picture characterized by large quantities of pleasant and easy drinking wines which seem to suffer from a lack of ambition and competitive spirit. Veneto's centre of academe is the experimental viticultural institute at conegliano.

Belfrage, N., From Barolo to Valpolicella: The Wines of Northern Italy (London, 1999). 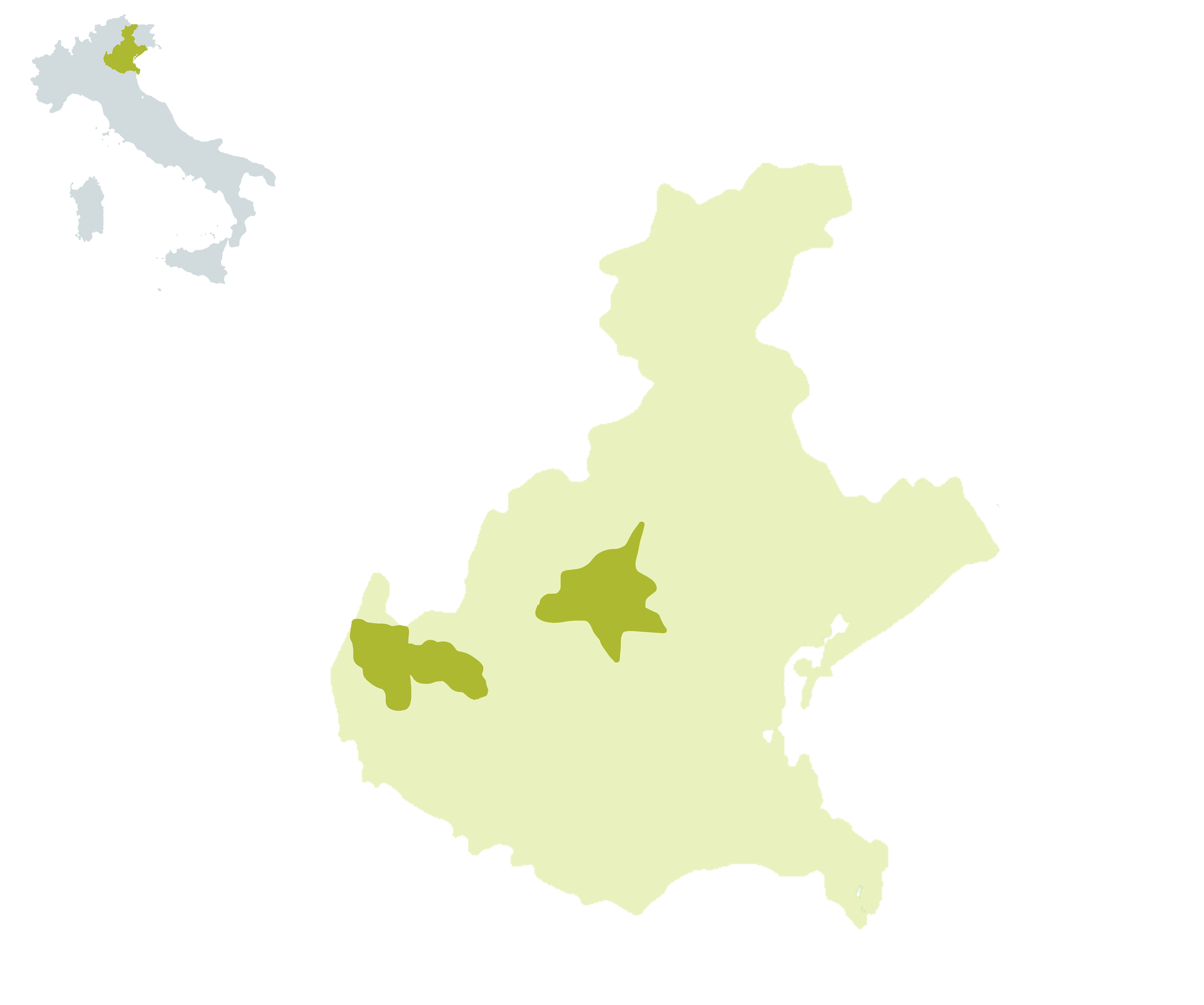