While this state is considered, by most, part of the “new” frontier of grape-growing areas in the United States, the irony is that its actually one of the older wine regions of the West; grapes were planted as early as 1864 (compare that to Oregon, where the first vines were planted around 1847.) Idaho had a nationally renowned wine industry until Prohibition, as in other regions, closed the industry down, and it wasn't until 1970 that wine grapes were again planted in Idaho, this time along the Snake River Valley in the southern part of the state where most of the state's wineries are located; Idaho's first American Viticulture Area (AVA) was approved in April 2007. Southwestern Idaho currently has the highest density of vineyards and wineries and includes the Snake River Valley AVA, which covers over 8,000 square miles. From a purely geographical standpoint, southern Idaho offers excellent growing conditions. Grape vines thrive in this distinctly four-season climate. The high altitude here means that the diurnal shift is significant: 30º-40º is typical- which allows the grapes to ripen, while preserving good levels of acidity, which is a balance many more well-known domestic regions actually struggle with. The characteristically cold winters might at first seem a disadvantage, but are in fact quite beneficial, allowing vines to go dormant, and conserve energy for the coming season, while ridding the plants of bugs and discouraging disease. And, while other areas in the Pacific Northwest are plagued by agricultural woes brought on by rain, including mold and rot, the Snake River Valley's lack of rainfall is considered a plus; here, water is one element that can be controlled by the grower through irrigation, according to calculated timing. Today there are over 50 wineries in Idaho, with over 1,200 acres under vine… and lots of room to grow. 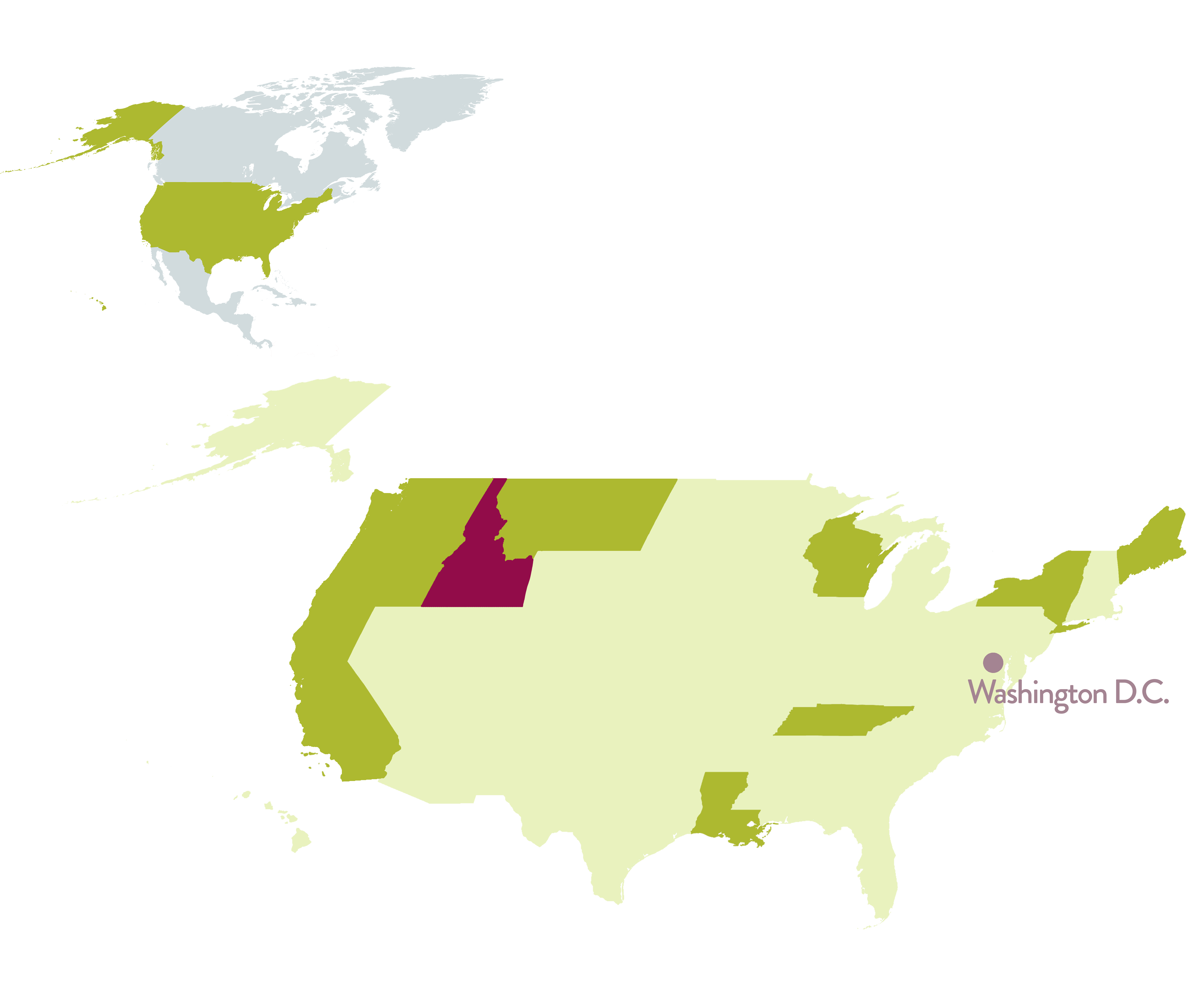