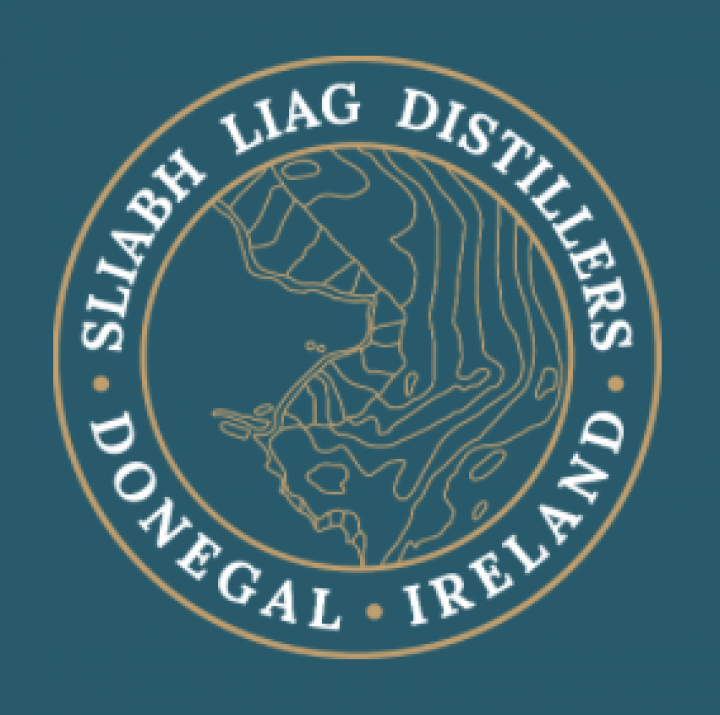 Sliabh Liag (pronounced "Sleave League") Distillers is the first distilling company in the county of Donegal for over 175 years, established with the purpose of reclaiming the distilling heritage of Donegal. Donegal is steeped in a history of legal and illicit distillation, and the Sliabh Liag peninsula and the parish of Glencolmcille were among the most prolific poitín producing areas in the County.Located on the Sliabh Liag peninsula, the distillery is surrounded by one of the world’s most striking landscapes populated by resilient people, steeped in folklore and with a legendary distilling heritage. An Dúlamán Gin and Whiskey distillery was established in 2017 just outside the village of Carrick, Co. Donegal, where the Abhainn Bhuí and Glen rivers flow into Teelin bay at the foot of Sliabh Liag. At the distillery’s core is their 500 litre hand-beaten copper still from Forsyths of Scotland. This is a working artisan distillery and everything is done on site including the hand-bottling. The new Ardara Distillery will make Irish whiskey in both Single Malt and iconic Pot Still variants, highly differentiated and reflecting the authentic style in which Donegal whiskey was made in the 19th century. Triple distilled, rich, smoky and peated, the whiskies will share in the folklore of the Donegal Gaeltacht. With construction on the Show Field in Ardara started, they hope that the distillery will be operational some time in 2021. The distillery buildings have been designed by CornerStone Architecture of Donegal and incorporate traditional shapes, forms and materials. The distillery will initially comprise the still house and barrel store.  At the heart of both distilleries are James and Moira Doherty and James Keith. As the first barrels of whiskey are being produced and being laid to rest for aging James Doherty has sourced their Silkie Irish blend. Working closely with John Teeling and James Watt at Great Northern Distillery they have created a unique Irish Blended Whiskey deserving of the heritage and folklore of Donegal.

Folklore of the Silke
Sliabh Liag is found  beyond Killybegs where people have historically battled both climate and hardship to fashion a living from an uncompromising landscape. Where the  stories were told  of the Silkie, or Selkie, seals: the legendary shape-shifters who shed their seal skins to come ashore as beautiful sea maidens or handsome men with enchanting voices, only to eventually return to the sea leaving broken hearts.